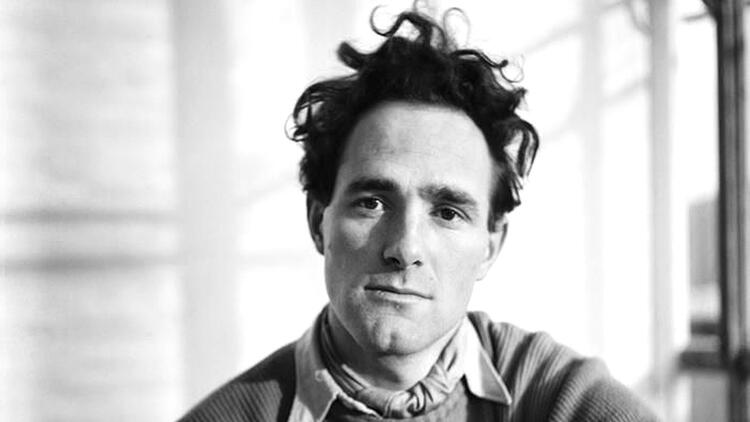 After photography was born in the 19th century, image production capabilities slowly became more and more available for the people. These slow but promising steps eventually ended up in a visual juggernaut we can’t escape nowadays. For some people this is bad, for some others this is good. No matter your side on this, one thing is certain, we are now able to see the world via countless ways, making it somewhat hard for people to get impressed with photos any longer. That is why we truly believe that it is important to slow down our pace, and dedicate a contemplative and conscientious reading to some photographers’ work. Today we want to talk about the things we consider to be important to always remember from the Swiss photographer Werner Bischof, the young promise from Magnum that died too soon. He was the very first new photographer to join the original Magnum crew, and died at the age of 38 in Peru after a car accident.

At the age of fifteen, he wanted to study painting, but his father wasn’t on board with that and “convinced” him to form to become a gymnastics professor. After a while he stood up and managed to enter at the Kunstgewerbeschule in Zürich. There he learned all he could from natural drawing from Alfred Willimann, and all he could absorb about photography from Hans Finsler. Four years later, he graduated cum laude at the age of 20. Those four years definitely had an impact in his way of blending light with his vision of the world. From the early still-life related visual studies to his photojournalist and documentary work, he never lost that particular aesthetic he had for reducing and even isolating elements within the scenes he shot.

Never Losing the Beauty of Surprise

This one is real, and not that extremely easy to say cliché about “always being surprised”. Being able to be surprised by the quotidian is almost a contradiction, but Bischof was a great example of how this can be true. He was very well known in his early years studying inert objects for long periods of time in order to understand how light played upon them. This high dedication to detailed and even systematic observation paid him with marvelously composed photographs.

Due to his early involvement with several magazines and Magnum, he managed to travel a lot, making that task of being constantly surprised by the things that were surrounding him somehow easier thing to do. It is easier to be surprised while traveling of course, especially to such diverse cultures from his own like those in Asia or Latin America.

The current state of photography allows us to publish images right away after making them. This could be something photographers would love to have in the early twentieth century, or perhaps not, we’ll never know. Nevertheless, this huge empowerment has spoiled us. As street photographers we are losing the ability of being patient about various things as our lives rush more and more every day. We need to be more patient about blending composition, light and the story we are trying to capture with our cameras.

Getting Close to the Outdoors

Werner Bischof had a close relationship with nature, and this might sound as an unnecessary call for many photographers out there, but it should never slip your mind. We are getting more and more used to bringing the outside world into our small strongholds. Do streaming services for anything and delivery services for virtually everything ring a bell to you? Think about it, we shouldn’t forget about being in strong contact with the outside world.

His Bitter and Sweet Approach to People

He worked a lot for a magazine called Du from 1942 to 1944 after Arnold Kübler spotted him in 1941. After the war in Europe ended he moved from the artistic photographs to the more social oriented work. He was struck by the strongest shock of suffering in the world through the weakest and most vulnerable, the unthreatening refugees, men and women without nation nor roof. But what smacked him the most were the refugees from the refugees; the children. His passion towards beauty in art enabled him to unconsciously capture the bitter and sweet circumstances of human resilience.

Being Able to Learn from Others

As soon as we start developing some photographic skills we tend to feel better and even secure about what we are doing. We should be docile, and be aware that there is still a lot left to know. Werner Bischof did learn a lot during his years at the Kunstgewerbeschule, but only because he was able to drain everything he could from his educators. Later in Magnum he found a young paternal figure, another young charismatic photographer from Hungary better known as Capa, from which he learned a lot. He really saw him as his father, and in some way he was. We all need to be able to learn all the things we can from those ahead in the field.

He was Skeptical about Beauty

He was truly convinced that his magnum opus was Beauty, but he was extremely careful to avoid the trap of falling into the abyss of the sterile and the meaningless as well as diminishing reality. He was extremely careful of that, and the great wonder of his work is that he is at the same time a great artist when it comes to the expression of happiness or peace as well as in the expressions of misfortune and sorrow.

He found that the true face of culture and society was somehow hidden in the faces of the children. He had a keen eye for this, and has several photographs in which the expected prejudice of playful or happy children isn’t there. People tend to think that children are not aware of the human crisis that surround them, but Bischof’s photos give us better clues about it, and it seems more for us that children are able to cope with better with crisis rather than not being aware of the problems that surround them.

We can Know Him Through His Photos

Few photographers are able to give others access to their own ideas or vision of the world simply by their photos. Werner Bischop is one of those sincere characters that had been able to materialize their way of thinking.

We really hope that you have enjoyed reading this brief post on one of the largely forgotten great photographers from the mid twentieth century. Here is a nice collection of Werner Bischop’s photographs curated by Oscar Colorado; thankfully for all of us, photography is a universal language, so you won’t find any trouble while looking at them.