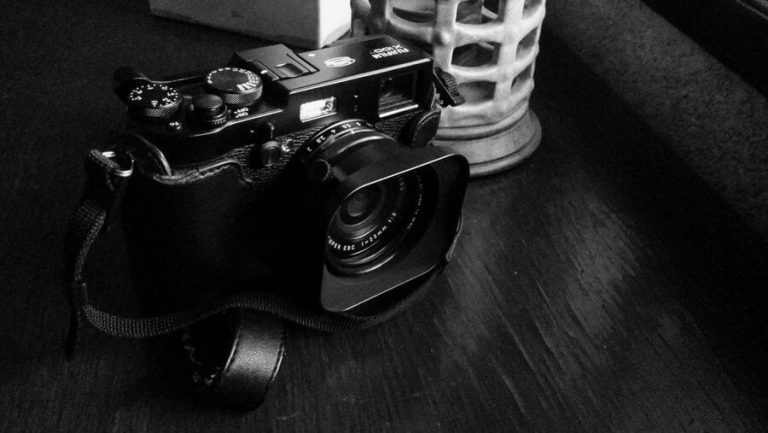 Here is my own and very personal (hopefully unbiased) opinion about Fuji’s X100 system. I haven’t had the chance of using all the four generations of the X100 but two of them yes, the most recent ones. Nevertheless, I’ve been very much aware of them since the first model came to enlighten the world

I still remember (clearly enough) the early days in which I started being undoubtedly curious about photography. That was back in 2009 when I got my first camera. Well, my second camera, an entry-level DSLR. The “first” wasn’t really mine per se, but my mother’s, and it passed without my will to other fellow’s hands after getting assaulted while shooting on the streets; but that’s a story for another day. I went for the DSLR camera system because that was what the “pros” used, and I wanted to get serious about photography right?

One day in 2011 I stumbled with a catalog from Calumet Photography (it no longer exists by the way), and there it was. The beautifully designed FinePix X100 from Fujifilm in front of my overwhelmed eyes. Fortunately, they got rid of that “FinePix” name later on. This camera triggered such an aesthetically experience in my brain that it rapidly colonized my gear-related wish-list. The camera was extremely away from my budget at that moment after investing in a DSLR with multiple lenses that got barely used, because that is what the pros do right?

My deep passion for approaching the everyday appeared way before getting the DSLR, therefore I went on hitting the streets with that chunky camera. The genre itself (better known as Street Photography) pushed me into getting a less intrusive and inconspicuous camera, a $100 Point & Shoot that was easier to carry around on a daily basis. Parallel to that, the X100S appeared in 2013, but it was way beyond my possibilities at the moment. After getting frustrated by the obvious limitations of the cheap camera, I got a more powerful P&S with fully manual controls and raw shooting capabilities. But the X100 system was still poking my brain.

Shortly after the appearance of the second generation of the X100 system, the X100T appeared in 2014. By that time I was solidly detached from the idea that if I wanted to be a serious photographer I had to use a heavy DSLR set-up that makes chiropractors happy. Therefore, I was ready for the wonders of the X100 system.

The Moment of Truth

I’ve always been quite organized with my finances, and it was around 2015 when my photographic efforts allowed me to buy the camera that became my main workhorse, the X100T. I live in El Salvador, a country that is almost entirely dominated by Canon and Nikon; therefore switching over to Fuji was quite a bold move. I’d never seen one of these cameras away from a screen, so my decision was made entirely around specs, reviews, its beautiful looks. Following Walker Evans’ practice of transforming his cameras into absolute black, I went for the black model. I also bought a thumb grip, a nice leatherish case, a metallic squared hood, and some extra batteries (specs said the battery consumption was obscene, and boy they were right about it).

After setting the camera up, the shooting began. The camera was so compact that it fitted perfectly in my messenger bag from 2015 (a photographer can’t have enough bags), and it rapidly became my everyday companion. One of the main reasons I was so excited about this camera were the film simulations it had built in, and since that day I never switched to any other else profile but Classic Chrome, a very loyal film simulation of what we all know as Kodachrome.

As a street photographer, the possibility of developing raw files in a monochromatic format has always felt like a safe zone. Black and white is extremely good for reducing distractions imposed by the mighty uncontrollable elements of the streets, but this camera opened my mind. I’d always been seduced by those colors of Kodachrome, but I wasn’t able to reproduce them on post-processing, therefore I even stopped trying to reproduce them before getting the X100T. After I saw those colors on the back of my LED screen, everything changed for me.

Streets are still hard to capture in color, but they suddenly became less hard with the Classic Chrome film simulation. I could even dare to say that street photography should be pursued in color in order to challenge us street photographers. It is hard I know, but is definitely not an impossible thing to do.

I remember that in 2013 I had the opportunity of shooting with a Leica M9, and what blew my mind away was the fact that I never stopped seeing the real life through the viewfinder. This might feel obvious to many of you, but for me it was an overwhelming experience. Later on I understood better how range-finder cameras worked, and as you all know by now, the X100 system was the first camera system featuring an electronic viewfinder and a range-finder-like system, hence the “hybrid viewfinder” became a category used for describing the X100 cameras from Fuji. This was later included in Fuji’s X-Pro 1 system.

All my peers were shocked about the existence of such a powerful camera with a fixed 35mm equivalent lens. I wasn’t shocked at all, I was already used to prime lenses and biomechanical zooming. Nevertheless, I still longed for the sweet wideness of a 28mm lens I had with my DSLR camera and the 50mm lens which was my first prime ever. Then I discovered the TCL-100 (a tele conversion lens that makes the fixed lens a 50mm equivalent) and the WCL-100 (a wide conversion lens that makes the fixed a 28mm equivalent), I bought them together without second thoughts. Now I had no excuses for completely switching over to the X100T, and I’ve never looked back before. The camera has its years now, but it’s still reliable and after recovering information from even ±3 stops exposed shots, I can’t complain. By now this camera has become an extension of my body, I know that focal length so well that I can even shoot with my camera at waist level from my back (really).

When the X100F appeared, a couple of mates asked me about my experience with the X100T and if I recommended them the investment. One had an entry-level DSLR and the other a full-frame DSLR beast. Somehow I managed to convince them by simply showing some photos and how the camera felt, and they were instantaneously convinced by that tiny body. Therefore, when they got their cameras, I had the chance of working a couple of days with one of those. The ergonomics is equally great in both cameras, but these guys really nailed it. It has a brutal sensor capable of recovering ±5 stops of light, it has a very useful joystick and they even included an ISO switcher in the shutter speed knob (just like various cameras from the film era). This camera is almost near pure perfection, except from that lousy battery pack that keeps forcing you into keeping a couple of them in your pockets. Not a hard thing to do of course, but still inconvenient.

What Could Happen Next?

After 8 years, this camera system has been a major favorite among several street photographers, it is the most powerful ice-breaker I had ever know, and it feels so good to have it around that you will rarely keep it inside a camera bag. Rumors are solid about the X100’s name for the fifth generation, and is very likely that it will be called X100V. Way better than X200 like some other folks have previously speculated. It is a legacy thing, the 100 should be preserved. I’m really confident that they won’t wreck it with some “innovative” makeover, they are taking their time and we have to be patient about it. There has been a lot debated about if this camera should feature a tiltable screen or not, and apparently the X-Pro 3 has the solution for this, a hidden LED screen that allows not only less chimping but also a useful screen maneuver for photography. Maybe this is the definitive solution to that battery we all have previously complained in the past. Also beyond the hidden LED screen and the smaller simplified screen that we can permanently see in that camera, there is the fact that it is made out of Titanium. All these things make us think that maybe the fifth generation of the X100 could feature any of these, otherwise, how could they improve near perfection?

We are no gear ambassadors or gear preachers. We simply wanted to speak freely about one of the cameras that has helped street photography into getting closer to the people. One thing is certain, the X100’s legacy will continue in the near future, and these guys know what they are doing. If not, why you think they never messed with the pros holy grail of full-frame cameras? Nah, they went for medium format cameras at “reasonable” prices, which by the way score three options by now.