The Wise Lesson Vivian Maier Can Teach Us Today 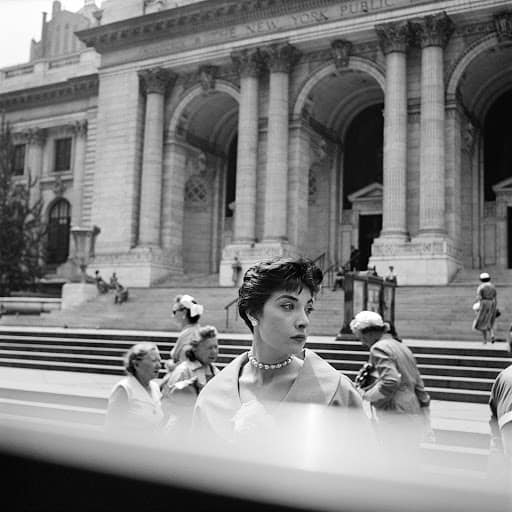 It is a fact that posthumously discovered photographs made by Vivian Maier has given a lot to talk about street photography after their public appearance in 2011. We wouldn’t dare of talking about Maier without mentioning the controversial efforts made by John Maloof for showcasing her work after stumbling with her photographic cache in 2007. We won’t enter the murky waters of ethics and curatorial methods today either; but is important for you to know that perhaps she wouldn’t be happy at all with how her photographs ended up being available to the public.

There is a high chance that you are one of the many people in the world with a profession that has nothing to do with photography, but still with a high passion for making photographs. If that’s the case, then you should watch Vivian Maier’s work and learn more about her history. There is an odd symptom in our contemporary world, in which we end up being forced into pursuing a professional rhythm after entering a new hobby. You can’t simply do something for the fun of it, you are somewhat pressured by the context to pursue a “pro mode”. And photography isn’t escaping this odd symptom of the current way of living, we simply can’t buy a camera just for the fun of making photos without starting to hear comments like: “why don’t you study photography?” or “why don’t you start a photography businesses?”

Collecting and accumulating stuff is a very common feature of our human existence. As a regular person, Vivian Maier deeply enjoyed doing this with several stuff; not only photographs, but many other objects too. This is perhaps the main reason why she was able to produce so many photographs during her lifetime. It is not a secret that Maier wasn’t a professional photographer nor artist; she wasn’t an anthropologist or sociologist (which are a common thing among street and documentary photographers) either. Her main source of income during forty years was working as a nanny in Chicago’s North Shore, documenting everything that surrounded her with an avid and fierce eyes.

We shouldn’t feel obliged to doing only one thing, and photography is a generous and unjealous partner which can cope with many other disciplines activities of our lives. We have seen many examples like this in human history, but somehow we manage to forget about them and end up feeling blocked when life puts us in a position in which we feel like we have to pick one thing or another. Maier worked for forty years as a nanny, and during those forty years she had a loyal friend by her side, photography. We can have that too if we are already committed to other disciplines and professions.

Due to a lack of traceability about her photographic knowledge, Vivian Maier has raised some questions about how many other great photographers have captured the world we know today. Is the human being coded to see in particular ways when holding a camera? Was she aware of the work of other great photographers but left no evidence behind? Perhaps we’ll never know the answers to these questions, but we can be sure about one thing. After forty years of taking photographs in such a disciplined routine, there is no doubt that she took photography very serious. Even if she was just shooting for herself in order to build a personal visual diary of the life she left behind.

After examining a substantial sample of her published work, there is a common theme that could be seen in some of her photographs, loneliness. By spotting several personified examples of solitude and various isolated subjects, Geoff Dyer has come to think that maybe she was somehow drawn to these people that seemed familiar to her. Lonely people scattered all over the vast womb of the modern urban life made Vivian Maier feel less lonely, and were worthy of her camera. Speaking of which, she had a favorite one, a trusty Rolleiflex TLR medium format 6×6 camera. She felt so confident with this camera that is estimated that the vast majority of here 100,000~150,000 were done with this camera. This could be a meaningless detail to some people, but committing so much to camera speaks truly about her passion for photography.

Getting access to Maier’s body of work is a developing process, and the first images that were retrieved from her cache where all black and white negatives, a common decision on street photographers of course. Maloof’s enterprise isn’t an easy one, and he released some color photographs after the black and white images became public. Almost like Helen Levitt, Maier has proven to be a talented photographer in both formats, which is an extremely complex juggle to achieve. Being able to compose and frame in a pleasing way is much harder to achieve in color due to the lack of control quotidian street scenes impose in our ways of seeing.

Therefore, stop feeling guilty if you are not a professional photographer as long as you are passionate enough to compliment your life with photography. Carrying a camera with you at all times with you will make this task even easier. Carrying a dedicated camera, no matter if small, is way more efficient than simply relying on our phones. Carrying a camera make us feel a bit guilty for not paying attention to things bursting around us. Vivian Maier shot magnificent street photographs for forty years, without worrying on getting her work published. She shot for her own enjoyment and pleasure, and she seemed to have enjoyed her life just the way she liked to live it, without exposing it to everyone.

If you want to see more on her work, you can watch the “Finding Vivian Maier (2013)” documentary film. But there is no better way to dive into a photographers work than by seeing their photos in a printed format. Therefore, investing in either (or both) of these books is also a wise call: “Vivian Maier: Street Photographer” and “Vivian Maier: The Color Work“.