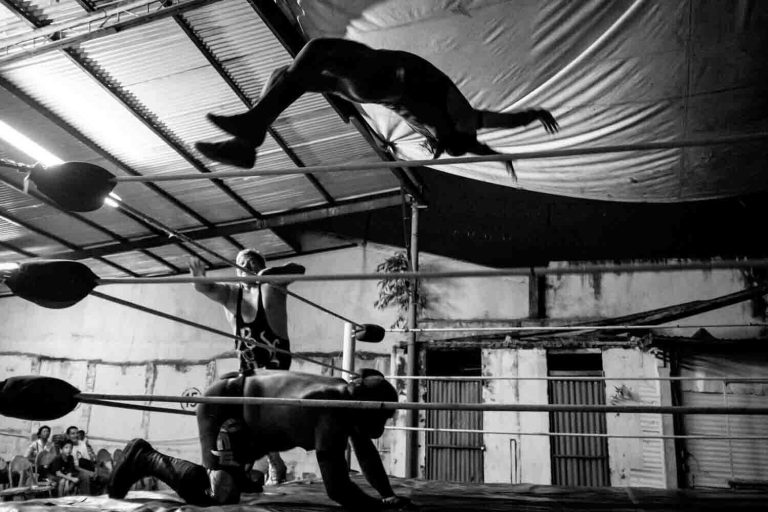 As previously discussed, documentary photography dwells between photojournalism and street photography. It is closely related to the first in the sense that it aims at social reality in a somewhat objective and straightforward sense. And it is also closely related to the latter because it is slow-paced and has a lot to do with ordinary lives surrounding particular phenomena.

Photojournalism aims to capture general interest subjects no matter what, from dull political rally events to heated-up riots on the streets. Everything that fits within the general interest of the viewing audiences can be considered worthy of photojournalism. And on the other hand, street photography focuses on capturing everyday life without questioning if the images will be interesting to other people but the actual photographers. In other words, photojournalism should comply with the general public’s needs, and street photography is more about what interests the photographer in the ultimate sense.

Documentary photography can be considered as some sort of sweet spot between these two genres, and the reason why is the following. It certainly revolves around socially relevant issues or phenomenons, but it is also open to slow-paced documentation of them in a similar way street photography works. Personally speaking, I see street photography as a way for keeping my eye trained and aware of light and composition, so whenever I get the opportunity of doing some deep documentary project or reportage, I don’t find my gaze soggy.

And since documentary photography aims to deliver meaningful stories to an audience, the projects under this genre should have a clear and storytelling purpose. It isn’t just to register events to see what happens, it is a focused effort towards capturing social dynamics in a somewhat pristine stage. And achieving this requires time. Therefore, it is common that documentary projects span from a couple of weeks to even years, it all will depend on the dedication and the resources needed for this matter.

Another interesting thing about documentary photography projects is that, in the majority of cases, what constitutes the “viewing audience” for them is mainly crowded by other photographers alike. Therefore, the visual scrutiny is an absolute challenge, but it can also return some useful insights for the photographer’s careers; and why not, some deal of personal and professional satisfaction along the way. Of course, these benefits will come in the form of critiques, and there is some needed mindset for receiving them inappropriate ways. And by the way, the act of giving and receiving feedback is a practice that has suffered a lot with the advent of social media platforms, and I’m sure we could discuss this even further on another occasion.

And speaking of photojournalism and documentary photography here is an example of how important it is to know the difference across genres in photography. A couple of days ago, while scrolling through my RSS feed, I stumbled upon a particular article published by PetaPixel (until now, it only has 1 comment so it is a good one) that caught my attention. The heading states “Subjects of World Press Photo Series ‘Paradise Lost’ Critical of Project” and I immediately clicked on it, and after somewhat analyzing the situation, I came to a somewhat solid conclusion.

In a nutshell, Valery Melnikov’s work (which I find fascinatingly good and compelling) has been flagged due to an effort of keeping things as objective as possible. A situation that ended up delivering what has been perceived as a misrepresentation of the people and the phenomena. And without going too further on the controversy this has raised not only around the photographer but also the World Press Photo, I think here the problem is the following. As a documentary photographer, Melnikov might have aimed to please the requirements of the WPP which is well-known for being an authority in the world of photojournalism. Therefore, a detached tone might have been perceived to him as the correct way to go while proposing the body of work to the organization.

It is complex, and I understand the need of keeping things neutral. However, upon grief that has lasted three decades, some subjectivity can be considered as appropriate. After all, while documenting this, the photographer awakened several traumas linked to these historic happenings. Prolonged involvement with a community is always useful to achieve proper levels of empathy, and maybe that’s what is lacking here. But the main problem is not the photographer’s way of writing but the fact that WPP seems to use the same ethical code across different fields while evaluating images.

Photojournalism, which is what WPP is best known for, pursues the act of capturing reality in the most pristine possible way; therefore, documentary projects can’t be judged with the same standards as photojournalism. Documentary projects should be evaluated as they are approached, with an ethnographic mindset. I don’t judge the photographer, but the field. After all, the guy needs to keep developing his career; and the professional realm in which he is involved needs to change its way of evaluating things. Otherwise, photographers will continue writing captions that get approved by judging boards that have no idea about dealing with such complex social phenomena like this one.