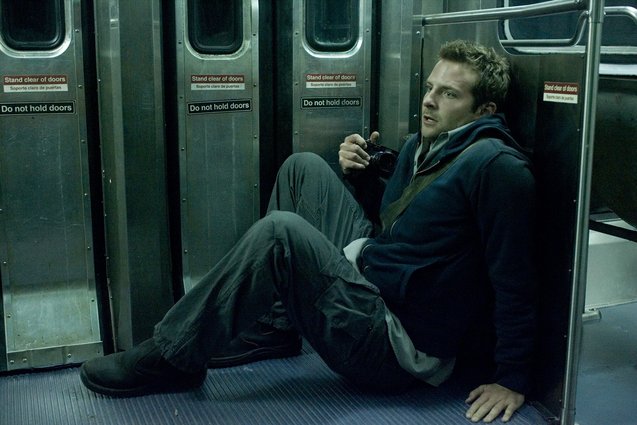 The film is based on a short story of the same name by Clive Barker. In it, a businessman named Leon Kaufman finds himself disillusioned by New York City, a place he once considered a paradise. One night, he discovers that a butcher named Mahogany is killing people on the subway for their meat. Eventually, he learns that the human meat is being offered to a group of eldritch beings who live under the city, and Leon ends up being recruited to be the new butcher.

The movie expands on the short story and makes a very noticeable change – Leon (Bradley Cooper) is now a street photographer who yearns to become part of the artistic elite. He attempts to take pictures that “show the city how it really is” – dirty, frightening, and dystopian. However, when he meets the famous art dealer Susan Hoff (Brooke Shields), she tells him that his pictures aren’t exciting enough. She thinks they are melodramatic and empty.

Desperate to impress her, Leon starts stalking the city streets late at night and taking pictures of crimes as they take place. And, of course, while he searches the city for intense photo-ops, he discovers the mystery of the butcher and his midnight meat train. Leon’s work is supposedly getting better, but what’s the cost?

The color palette of a cold, disturbed city

Before diving into the themes of The Midnight Meat Train, let’s briefly explore its visual aesthetics.

The film is directed by J-Horror alum Ryuhei Kitamura, who eschews the slow-burn approach of directors like Ringu’s Hideo Nakata and opts for more exploitative, ridiculous gore. There are shots of eyeballs flying out of skulls, pools of blood with the victim’s harrowed face reflected in them, and plenty of cracked bones. The cinematographer was Jonathan Sela, known for shooting various blockbusters like John Wick and Deadpool 2, as well as music videos for hits like Miley Cyrus’ “Wrecking Ball”.

A key theme in the film is that the city is not as glamorous as tourists often picture it to be. In this case, it literally harbors a secret underworld of human-eating monsters and murder. To create a sense of uneasiness and artificiality, much of the lighting in the film is harsh and mechanical. Buildings and subway stations are coated in a steely blue, giving the world a detached feeling.

Comparatively, shots in Leon and Maya’s apartments are warmer. The restaurant Maya works in is lit like this as well. The idea is that these are the last bastions of hope for Leon – his home life and his familiar dining spot are the only things tethering him to his normal life, while the harsh New York City nightlife draws him into the monstrous underworld.

The ethics of street photography in Midnight Meat Train

Throughout the film, the way Leon and other characters in the film treat the subjects of photography with such callous detachment is almost just as chilling.

One of the first times we meet Leon, he is closely examining a photo he’s taken. His girlfriend Maya (Leslie Bibb) asks him if something is wrong, and he says that he is upset. When he got off the train, there was a dead body that had been flung into a building. At first, the movie sets you up to think that he’s understandably upset that he was confronted with such violence during his daily commute…until he says, “I thought I got the shot, but…”

Leon has no qualms running up to the scene of an accident and photographing dead bodies. Keep in mind that he is not a photojournalist. He is trying to capture “gritty” photos of the city for his art, and both he and those around him don’t even question the ethics of running up to photograph a freshly dead body.

After Susan tells Leon that his work isn’t powerful enough, he makes it a point to start purposely trying to find crimes to photograph as they are happening. The first incident he finds is an attempted sexual assault. He purposely follows a group of suspicious men down into the subway and positions himself in a place where he can easily take photos of their planned assault.

Of course, afterward, the woman ends up being murdered by the Butcher, so him saving her actually might have made things worse for her…but I digress.

Of course, this ethical dilemma can be applied to real-world photography, as well. There are constantly ethical debates about whether or not certain forms of art are exploitative, and street photography is no stranger to such controversy.

For example, there’s Tatsuo Suzuki, a photographer known for his aggressive shooting style. He often provokes his subjects, purposely jumping in their way to get pictures of them while they are disgruntled or emotional. Photographers Bruce Gilden and Jiwei Han employ similar shooting styles. Notably, Suzuki was dropped from a FujiFilm promotion after a video of him jumping in front of bystanders drew considerable controversy. People asked – is it worth making people uncomfortable? Is this the kind of photography companies should be promoting?

Now, bumping into people and taking awkward photos of them on the street isn’t nearly as dubious as what Leon did in the film. Perhaps a more apt comparison would be wartime photography. Oftentimes, journalists are sent overseas to document various atrocities. This includes taking pictures of children sitting amongst rubble after their family home was bombed, or pictures of corpses piled up on the side of the road.

One notable controversial photo is “The Struggling Girl” by Kevin Carter. The photo depicts a starving Sudanese child. In the background, a vulture is eyeing the nearly dead child. The image won a Pulitzer Prize, and UNESCO were the ones who invited photojournalists to photograph the reality of starvation and famine in the first place.

However, many were outraged by the photo, saying that Carter should have helped the child instead of taking a picture. Reportedly, he had chased the vulture off, but the general public was not aware of this. Instead, they hounded him and The New York Times (who originally ran the photo), saying that it was exploitative. But was it? Or was it empathetic and advancing an important cause?

Generally, these types of photos are considered socially acceptable to take because it’s for journalism or advancing awareness of a tragedy. However, there are often people questioning where that line is drawn. Is it appropriate to take pictures of people who have just been emotionally devastated by loss? Is it ethical to photograph dead bodies? Is all of that helping or hurting? Is it evoking empathy for the subject, or is it “empty melodrama” like how Susan describes some of Leon’s work?

The place where you draw the line might be very different. You may say that it’s appropriate to make others a little uncomfortable for the sake of art, or that there’s a greater purpose to shooting controversial imagery of starving children.

Wherever you might land, it’s safe to say that The Midnight Meat Train’s Leon was not approaching his subjects with empathy, nor were his goals particularly noble. Sure, he seemed like a nice enough guy (well, until he started murdering people to feed underground monsters, anyway), but he was primarily driven by a desire for fame and success.

The moral of the story here is, to respect others and try to keep things ethical when photographing people. Remember that they are people and likely do not want you making an unflattering photo of them go viral…or a picture of them taken while they’re being dismembered by a madman.