We Have Been Reading “The Americans” by Robert Frank Wrong This Whole Time! 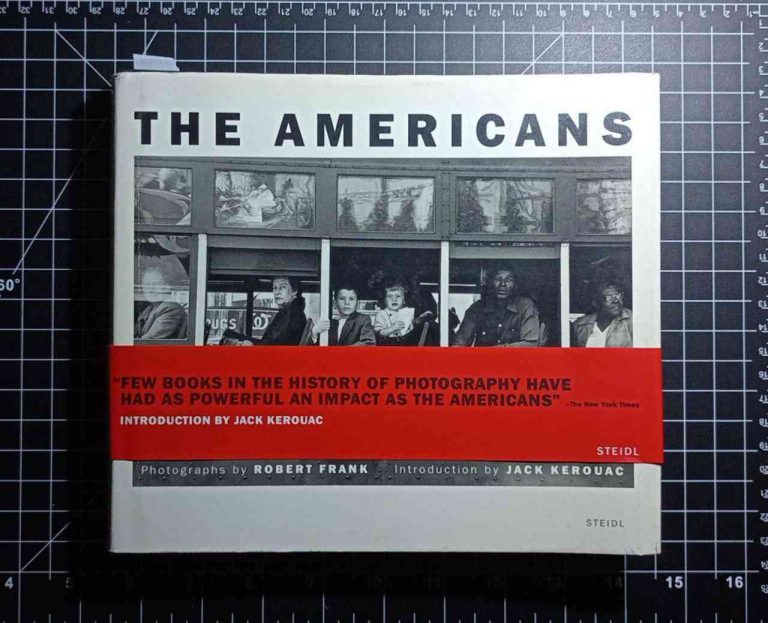 After seeing these pictures you end up finally not knowing anymore whether a jukebox is sadder than a coffin.

Yes, we’ve been reading this quintessential photography document wrong this whole time. And today, I’ll share with you a route for enjoying this magnificent body of work uniquely every single time.

That Crazy Feeling in America

First, we need to give Jack Kerouac’s text a proper role in this way of consuming our beloved photography essay. Immediately, one gets drawn by the lyrical composition of Kerouac’s writing, and that crazy feeling in America becomes alive again for a consecutive time in the infinite rhythm of time. But what if we could get the visual experience of consuming these photographs with the company of his voice?

While jotting down some side-notes, even Kerouac got recognized by my phone’s text corrector. So how wouldn’t we consider him besides Robert Frank while delighting our gaze with this notorious example of photography’s power? Through literal metaphors, he tells us the tale of how a photographer was capable of giving attention to those foreign to being showcased.

Emulating Kerouac’s visual experience was undoubtedly a naive endeavor to assume. But jazz got me closer to the cadence and syncopation that our beloved writer might have experienced while diving into the eighty-three frames depicting the truest face behind the American dream.

Robert Delpire’s Lesson on the Importance of Editing

We all know the story of how this book received harsh criticism in the United States for tickling some nerves via his photojournalistic approach towards the hidden face behind the mask of America. And yes, Jack Kerouac’s introduction helped it reach a larger audience within the Beatnik phenomenon. But the true hero behind this magnificent quest for unveiling the truth behind the facade of the Dream was Robert Delpire.

Delpire’s relationship with photography is impressive, to say the least, and he took the responsibility of making something out of 28,000 frames Robert Frank took over a considerable period of two years. In the end, he selected the 83 frames published in the modest book we all know by now.

Editing is something we all have heard of but in the wrong way. Many photographers nowadays confuse “editing” with “post-processing” and even with “digital manipulation”. And why am I so obsessed with this fact? Because the editing process is where the visual story gets cooked!

And if you are a street photographer bored with the surfaces of the social world, then this might be of absolute interest to you. Documentary photography aims to dig deeper into the human condition via photographs and text. But in the vast amount of cases, captions and text become sterile for the story and is how pictures get selected and ordered what matters the most.

Imagine taking 28,000 and processing all of them! And we are talking about films… Nowadays, the need of selecting the keepers goes beyond being a necessity, is an aesthetic demand. Only the keepers deserve further development, and when our love for the images we took blocks our criteria, external editors come to save the day.

Relying on a foreign eye is one of the best ways to become a better photographer fast. Unfortunately, we photographers tend to be way too emotional, ergo irrational, about our shots.

Right after opening the book, we are welcomed by a frame with two people in which the American flag is only hiding one of them both. So in a way, Delpire is telling us that this book is about those behind the traditional view until the appearance of this seminal documentary work.

In Search of the Photo, that made America Blush

It’s inevitable not to wonder why these images triggered such a harsh reaction that pushed Robert Frank to seek publishing elsewhere. Therefore, I took the liberty of looking at that single frame that caused The Americans to see the light in a distant editor’s table rather than in its home-town.

Beyond the curious nature of the cliched couple, there’s something about the aesthetic in which these two have decided to perform towards the social world. Together, they embrace the kernel ideas behind the solid foundation of the heterosexually biassed concept of family in a traditional way. But if we look closer, we can easily decode the visual script given by the political agenda of the time.

This is not a jazz-related shot, but feeling the inebriating vibe of a frantic gig howling in the middle of the night is inevitable to occur. Here, the upcoming generation of American adults finds a safe spot in the motherlike presence of the massive jukebox in the middle of the room. This is about a candy store, but sweets are the last thing to pop into our minds.

And if you don’t believe me when I say that the jukebox feels more like an entertaining mother than an artifact of cultural consumption, then I present to you this wonderful shot. Elegant, simple, and more storytelling than several of the shots we see online nowadays. For educational purposes, I think that this image brings everything together in an aesthetic way. Rule of thirds, juxtaposition, scale, and even a rich tonal range, gorgeous image without a doubt.

Saturated like nothing else in this book, and still capable of telling us a story in an effective way. Working-class heroes rapidly moving the machinery of the States. Precarious conditions, and still fundamental in the narrative of the uplifting American dream. And beyond what we could all believe, not everyone in this line fits within the ideal type of factory worker we all think when wondering about.

If any photo from the final edition takes us back in time, then this one would be it. Smelly yet carefully composed, this frame tells us a story about power among classes behind the common relationships associated with the well-seasoned debate on social struggles and more.

Just a clever example of how photographic essays open the door to creative freedom simply by allowing more than one image to coexist with another frame.

Cultural consumption and consumerism culture are not the same things, but Robert frank mashed them together in a single frame. Most of the American Dream’s facade was made possible due to ideological discourses transmitted through advertising, movies, radio, and TV. Here, people are presented as cattle consuming the entertaining ingredients of a projected movie in the middle of a parking lot.

Or how generic and anonymous music fits perfectly within the political interests of the time.

Beyond the curious note on why a so-called drugstore looks more like a cafeteria, the obvious contrast between how social classes relate with beverages is worth mentioning for sure.

This is not the first time a dark house has grabbed my attention for good.

What better way to close the review than a poetic triptych of crosses on the road.

I can’t avoid seeing here a research project of digging behind the rigid social mask given to a whole nation during the mid-twentieth century. Robert Frank delighted us with a visual methodology, so powerful, that its publishing got interfered with by an unhappy sphere of the arts. Which is the photo that blushed America? We simply can’t tell, but we invite you to accept the challenge of spotting those in charge of such a shameful act.

Oh, and I’m sure Frank enjoyed cropping his frames. And if I’m wrong, my apologies on that. Such perfectly framed shots are just difficult to believe.

If you wish you purchase this book click on this link.

All the images used in this piece have been scanned from my copy of “The Americans” (2008, Steidl) and are being published for Academic, Divulgatory, and Educational Purposes only. The selection of the frames responds to personal interests alone.