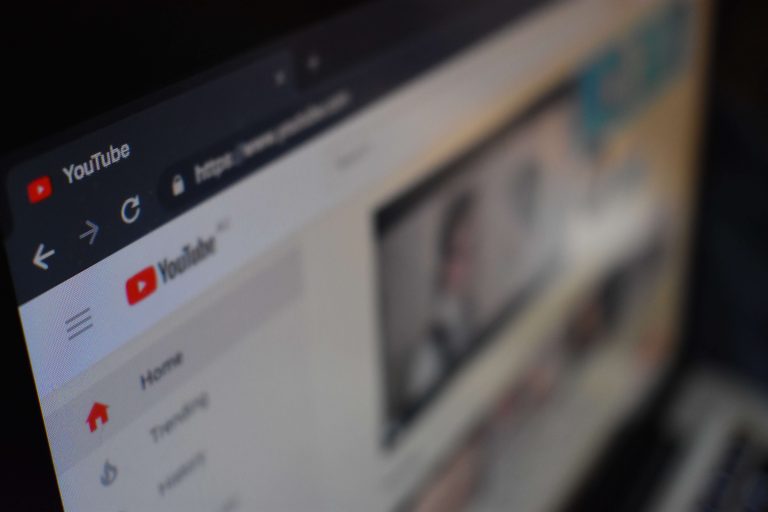 When it comes to learning, I’m pretty old-school, and I mostly rely on books. Street photography is better learned via image consumption; while still executing a both conscientious and critical reading of them. There is so much that could be learned simply by watching other photographer’s photos; and I was quite comfortable by learning that way.

During the past term in 2019, some of my students asked me about YouTube channels that they could follow in order to learn more about street photography. At the moment I could only recommend one; but I promised them that I would do my best for answering that question in the proper way. And after some maniac research, I finally came up with a 9 channels list. So today, I want to share that list with you.

This guy lives in Mexico City, and that simple fact is enough for we to trust him. This city offers countless street photography worthy scenes and moments, and he shares his experiences through his videos. There are some personal stuff in his channel, but the overall content is accurate and very honest too.

Samuel has an extremely fun approach towards life on the streets, and he is also a very talented photographer. He pretty much covers the whole spectrum of contemporary street photography, and shares some nice things on gear. He also talks about raw development process in Lightroom from time to time, which personally I think is a very valuable thing to have in this discipline.

He tends to invite people to go shooting with him on the streets, giving us a unique learning experience too. He is an official GR Photographer, so you can expect a lot of Ricoh related stuff, but he also shoots with Fuji and film as well. One of the things that I like the most about Samuel is his insightful street critiques. He throws a theme, and people submit their photos, after that he does live-streaming of the critique. These videos can take up to three hours long, and are extremely useful for street photographers all over the world.

Matti’s content isn’t about street photography; but that doesn’t mean you can’t learn stuff from him. Gear isn’t the top priority on most street photographers, or at least that what most of them claim. But sometimes it is just nice to see some cool stuff about gear. This guy makes extremely detailed reviews on gear that relates to both film-making and photography.

So far that sounds like pretty much any other YouTube channel, but there is something that makes this guy special. That is the wide range of related topics he has on his channel that go beyond cameras and lenses. Take a spin at his videos, and we are sure you’ll find some good stuff that you will eventually cope with street photography.

At first one could think that Pierre offers just gear reviews and gear related content. But as you start browsing his content, you’ll easily get his angle. He offers information regarding gear of course, but he also shares a lot of technique related videos that could come in handy for any street photographer out there. He also do self-imposed challenges that serve as a case study or illustration for specific circumstances, and how they can be easily overcome.

If you are willing to build a career as a professional freelance photographer then you should check this guy’s channel out. He gives a lot of information that you simply won’t find anywhere else, especially on books. If you go a bit deeper into his own photos, you’ll notice that he is quite a talented photographer as well, so he knows what he is talking about.

He does commercial work for various clients, but he also makes some money with street photography. That is a dream to many of us shooting frames at the streets, and that’s why we think Evan’s channel is so valuable for us, especially nowadays where we have so many talented photographers doing pretty much the same things. Perhaps the best part of his way of doing things, is the personal tone or approach he gives to his videos while explaining all the nuts and bolts behind a very specific topic.

Sean’s motto is to have “a philosophical approach to life and capturing light”, and it is pretty accurate indeed. This channel is the perfect place for those interested in the existential and more complex questions about photography. Beyond the “How”, Sean approaches the “Why” embedded in photography.

I really wish I could have stumbled into Sean’s wisdom a decade ago when I started in photography. I hope that his advice on how the photographer’s vision is ultimately more important than gear and techniques could land on talented and curious minds that will eventually result in better street photographers in the upcoming days.

There’s very little to say about this massive channel powered by an even bigger company. AdoramaTV is a good place to learn a wide spectrum of photography related topics that could make you a more disciplined photography. Street imagery isn’t exactly their forte, but that doesn’t mean you can’t get valuable information that could make your street photography more holistic. This channel is literally like having a TV channel dedicated to photography. Maybe not the deepest content, but is a great way to keep you both acknowledged and entertained about photography in general terms.

The Art of Photography

Ted forbes has given his life to photography, and has an innate pedagogical talent for transmitting his knowledge. His early videos are more close to history and aesthetic, and recently he has been more sympathetic with gear reviews and stuff. Nevertheless, there is so much that you can learn from his videos and experimental ideas around photography. Check out his earlier content for street photography related stuff since historic topics are still valid today.

He also has built quite a community, and is always pursuing new methods for pushing people into actually making photographs by doing challenges and reviews. He also showcase the stuff that gets through his mail, photo books, and from time to time, he does Q&As. Ted has a true passion for photography, and with huge efforts has also made something he calls “The Artist Series”, which features great living photographers in a priceless video format.

For some reason film and street photography are drawn to liking each other. Willem has a lot of film related content, from photographers to experimenting with film, from plastic to high-quality-built cameras. He is pretty new in the scene, and posts occasionally, but is a fantastic source of non-mainstream content.

He has a very relaxed and respectful approach to photography, something that you hardly will find on photography related channels, especially does that are crazy for gear and the latest and greatest. Watching Willem videos feels like talking to a friend that is as passionate as one with it comes to what really matters in photography.

In general terms, photography enthusiasts have a lot of questions when it comes to how to do stuff. And a murky terrain is how to do travel photography, which has a close relationship with street when you think about it for a second. What I want to pick from Chris’ channel is all the valuable advice he has to offer about traveling, and perhaps social media if you want to learn more about that confusing world.

YouTube content creators usually offer variegated scopes of stuff, and it is hard to follow them around as well. We hope that this brief selection might give you some inspiration for going out there on the streets, and clear some deep doubts along the way. Some of them are more gear related on others are more into aesthetic and philosophy, we tried to make a good scoop without falling too much to one side or another, and if you have a channel that you might like to share with us, feel free to leave it in the comments section below.

Remember to always keep on practicing, and never forget to have a camera with you, even if is your phone. Practicing is the only way in which you’ll truly master photography, and is a slow paced process, so keep on being patient as time goes by. At the end, photography (and especially street one) will become a life-time companion for you if you allow it to do so.