9 Podcasts Every Street Photographer Should Start Listening to 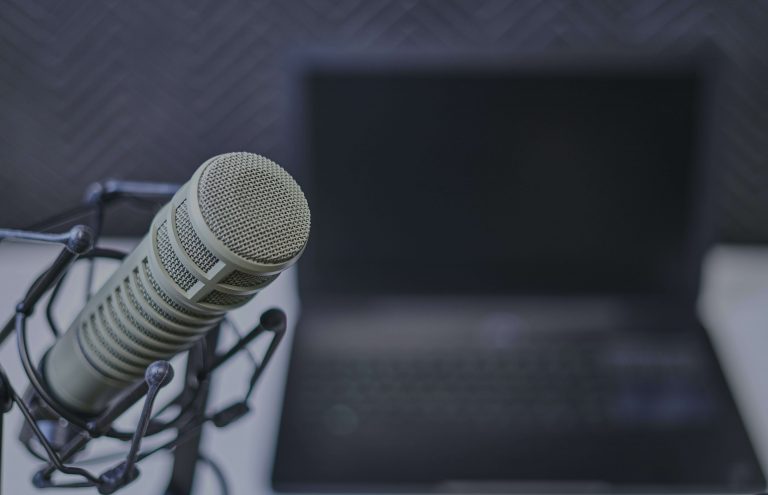 Earlier before we talked about some nice street photography YouTube channels, and that piece really got me thinking. As I told you before, I haven’t given too much thought to video streaming content before that student’s question. But I’ve been a heavy podcasts fan almost since they appeared in popular culture thanks to Apple in 2005. Therefore, it seems appropriate to make a list of my favourite street photography audio shows as well.

There is a romantic feeling in listening to shows, especially when driving or in the late hours at night. Some podcasts have a huge legacy behind them, on some other simply aired a couple of episodes and after that they were discontinued. Lucky for us, some of these are still available online, and their content is still valid because they are usually not gear related as some other popular photography podcasts you can easily find nowadays.

The History of Photography Podcast

Let’s start with something all photography enthusiasts need to get around, the History of Photography. And that is what this podcast is all about. It is a shame though that its host Jeff Curto stopped airing it a long time ago, but he has been a good sport by still keeping them available for us. And that’s what matters at the end of the day since the knowledge is there waiting to be sucked out!

The great thing about the History of Photography is that it has a lot of adepts, even for those who aren’t interested in learning about the craft at all. He decided to create this podcast, and is important for you to know that he is a former photography professor from the College of DuPage in Glen Ellyn, Illinois. He taught for twenty years, and his way of sharing stuff is friendly and almost parental. He built the podcast for his students actually, but it quickly became a thing among photographers worldwide.

This Week in Photo

Better known among photographers as TWiP, this is perhaps the most generic podcast from our list since it isn’t only about street photography. Actually, they had a section on Street Photography hosted by Valerié Jardin, but we’ll get to her later. TWiP has been constantly evolving and reinventing itself as the crazy ideas of people behind it get pivoted along the way.

Each episode has a running time of one hour on average, and they cover various topics. It is basically a weekly wrap-up of what you shouldn’t be missing from the world of photography. One of the great things these folks have invented is the TWiP school, which is aimed not only for photography newcomers but for anyone passionate about photography.

Beyond its catchy name, this podcast is still very special for me. It was the first I’ve ever heard, and it was a very wise click indeed. This show is still airing, and is conducted by Ibarionex Perello, a charismatic photographer that has a true passion for the craft. He has done a huge effort to build this podcast, which is now a huge reference for us all.

He is also an educator and writer, and has more than 25 years of experience when it comes to photography. Soon his podcast will reach the 500 episodes, and they all revolve around a special theme, insightful interviews to other photographers (mainly street, documentary and photojournalists). From upcoming talent to well established photographers, this is a very unique way to know photographers in a holistic way. This gives an intimate perspective that is simply not available by only watching their photographs.

Some people have been quite skeptical about the film revival in photography. And despite the fact that it won’t replace digital, it has reached a wide audience that is making some really interesting stuff with film. And of course, there is no other genre out there that benefits so much from film as street photography

And well, that’s what the negative positives podcast is all about. If you love film and streets, this is the podcast for you. It is hosted by Andre Domingues and Mike Gutterman, two highly passionate photographers that managed to make this entire podcast happen. They are about to reach their 300th episode, so expect a lot of great film related content at their show.

Street Focus and Hit the Streets

As I mentioned before, Valerié Jardin deserves a proper mention. Prior to her solo podcast, she hosted “Street Focus” inside This Week in Photo, and it was the street photography dedicated podcast of TWiP. You can still listen to it, and honestly I do recommend it because almost everything she talked there is still relevant.

After episode 104 she launched her own podcast called “Hit the Streets”. Street Focus was all about street photography, and Hit the Streets too, but she gives herself permission to sometimes talk about other stuff and other photography genres as well. Keeping an eye on HTS is a wise move if you want to learn more about the generous world of photography, especially the one depicting the human condition in a candid way.

Valerié is a visual storyteller with a great passion for photography, and she definitely knows how to transmit that vibe into her shows. She also conducts workshops, webinars and write books. Oh, and she is a talented street photography too!

From assignments to personal photo stories, this show will give work as a front door for content you otherwise wouldn’t be able to stumble upon it. Recently Chris King announced that he will be starting to interview photography related people like editors and other professions, making it a more interesting show than it already is.

If you like documentary photography, there is another podcast named “The Documentary Photographer Podcast” which has been discontinued but still has a lot to offer for those seeking for knowledge and a good podcast listening time.

There is a high chance that you might already be familiar with that name, but perhaps you still didn’t know that there is a podcast under that name too. After SPM launched their podcast they have been taking things slow and at their own pace. Currently they are still nurturing their third season, and they have been doing a splendid effort of keeping their content unique as many photography podcasts had sprouted all over the place.

Here you’ll find blog-like content as well as relevant interviews that will serve as a guide for your street photography lifetime adventure. SPM has been quite a reference in the last years, and having a podcast by them give us access to another sphere of the current state of worldwide serious street photography.

I would never imagine that such an interesting podcast could come out of B&H, a retail store crazy about the gear. Their show isn’t street photography exclusive of course, and there is a lot about gear. But from time to time they talk about photography and not about gear, and they have such a different angle that makes them a must for photographers out there. I can only compare these to video-less Pure photography TED Talks.

They have way too many shows, therefore is easy to get lost among so much of the great content they have to offer to use. In order to have a more pleasing learning experience, we suggest you to filter episodes down with the search tool they have.
Podcasts have a charming nature that reminds us of the golden times of radio shows. Their are a differently paced content source, and they usually have a relaxed tone that makes you feel in absolute confidence with the people talking behind the headphones or speakers on the road.

The purpose behind a podcast isn’t getting viral, but giving a true voice to a determined topic. We respect whatever reasons might have led creators to discontinue some of the aforementioned shows, but we do want to thank them for still making the effort of keeping them alive for upcoming generations of passionate street photographers.

Making a list is always a hassle, many great stuff is left behind. We apologize beforehand if we skipped other great street photography podcasts, but if you have a favourite one that’s worth sharing, please share it with us in the comments below!