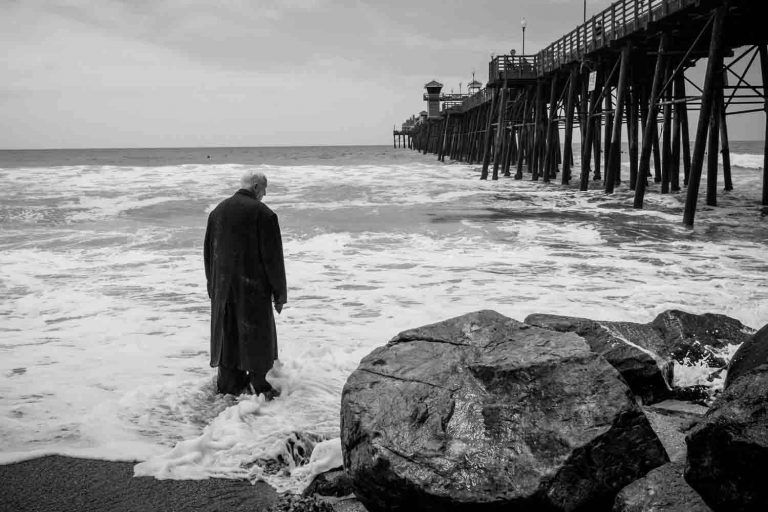 Photo by: Federico Alegría
Visual Cult Magazine is reader-supported. When you buy through links on our site, we may earn an affiliate commission. Click here to learn more.

Comparing street photography with photojournalism might feel dumb for several photographers, especially for the stringer folks. We are pretty aware that they both have clear and specific purposes; but after revisiting certain principles that apply to both genres, we thought that it was proper for us to compare them side by side. In other words, both genres deal with the everyday aspects of life. The main difference, however, is that photojournalism pursues capturing moments that will interest a broad public, and street photography allow us to capture moments that in essence are interesting just to us photographers.

The interesting thing about street photography though, is that even when its images respond to a somewhat selfish necessity, they still can be enjoyed by other people. So, how’s that even possible? Why do people even find it interesting to consume images that were produced with no other purpose but to capture visible elements from social reality? How are these images capable of triggering aesthetic experiences?

Questions like these make me understand why folks like Susan Sontag, Guy Debord, and even Giovanni Sartori were right when they saw human beings as visual creatures. Of course, I’m crunching their ideas and unfairly paraphrasing them, but you get the point.

Let’s travel back in time to the frantic contexts of the World Wars (distinguishing between the two is quite irrelevant for this visually related purpose). If we consider both events, we could say that a great world war took place not so long ago, and that impacted many aspects of human life, including photography. A lot of the photographs that were produced during those sorrowful times captured tragedies as happening along with their respective aftermaths. Conflict war photography comes instantly to our mind when thinking about this type of imagery, but there’s more to it.

Not only photojournalists were doing what they are best known for, but also regular people detached from the media were capable of taking photographs at that time. Within the explosive contexts, these photographs didn’t become famous or iconic, but eventually, they did. After 1945, when the most evident horrors of the wars slowly initiated a break, a collective idea among people started sprouting out.

This is the very origin of what we now know as the “humanist” photography era, a moment in time in which people became strongly detached from tragedies and started capturing more optimistic photographs. French street photographers are famous for this, but also the Italian folks had their way of capturing everyday life in a really aesthetic way. On the other side, American and Asian street photography also bloomed in interesting ways after “the end” of these wars.

Side note: I avoid stating that these wars truly ended because, in the words of Gervasio Sánchez, wars truly end when all the social, moral, and psychological debts are fully paid by the governments. This directly contrasts to the idea history books try to sell us about the end of wars, like if after a particular date everything miraculously became peaceful and happy again.

It is curious though to notice that in thick terms, street photography styles took two different roads after the conflict days. European and Asian street photography revolves more around people and not so much on the surroundings. On the other hand, American images fitted more within the highly quotidian and even vernacular aspects of life. Also, the latter experimented more with colour, which was perceived as less artistic during those days.

I’m not saying that one approach is better or meaningful than the other, I’m just saying that it is clear that a distinction between approaches rose during those times. I enjoy both images, but I can’t help to ask myself why this happened. My hypothesis here is that, although American soldiers suffered tremendously during those days, the broad portions of society didn’t suffer the horrors that Europeans and Asians did. Beyond what happened in events such as in Pearl Harbor, it is hard to compare what was going on in these places.

In a nutshell, street photography rose from the collective desire for getting away from those tragedies and dramas that photojournalism is famous to focus on.

Surely this is not the first time that we’ve tried to define street photography once and for all, but it is a good opportunity to revisit those efforts. Street photography appears to be one of the most controversial genres within our still-image visual discipline because almost everything can be enclosed inside of it. Anyone with a camera taking photographs on public realms can be considered, at least in playful terms, to be doing street imagery. I’ve even encountered folks that think that “street photography” literally means to take photos of asphalt and concrete roads; you know, streets, literally.

After twelve years of walking with my camera, I find myself in a somewhat consistent position to tell you something about street photography. This isn’t a generalizable or universal definition, but a rather personal one. Therefore, I could say that there is one particular thing that needs to be fulfilled to comply with what I believe is the core aspect street images need to have to be meaningful to me. And that is that in some way, they have to be the result of approaching society with curious eyes. Therefore, I sustain that street photography is just an approximation to society that gets materialized in the format of still imagery. And that’s it. No complex or deep thoughts, just a simple approach to our human behaviour outside our homes.

Why is a definition like this needed right now? Too many people have been arguing about what is street photography and what isn’t. And maybe, just maybe, what we need to understand is that street photography has a lot to do with our motivations. What is moving us to take photos outside? How do we enjoy taking more photos? Does it feel right to take candid shots? Does it produce an aesthetic experience in my life? Am I taking these photos for myself or for others to give me hearts and thumbs on whatever social media platform at our hands?

Questions like these, and many others, are useful when constructing our definition of what street photography is. There’s no recipe behind this genre, but it feels better to have a clear idea that justifies the reasons why we take our cameras with us in our everyday lives.

On the other hand, photojournalism does correspond directly to what people should be informed about. It is a form of journalism, and that’s why it is so strict when it comes to biases and further visual manipulation. It is a genre that tries to present us general concern topics in the most reliable and truthful possible way; hence the importance of considering some ethical principles when talking about this genre.

Visual education is important for this matter because photojournalists have the clear goal of transmitting specific messages to broad audiences of people. There’s little room for creative style, and although there are many talented photojournalists out there, their main goal is to capture reality in the most objective possible way.

Exposure decisions and compositions are not rigidly regulated but editorial tables, and that’s pretty much where the creative freedom blooms when talking about photojournalism. Little to no post-processing is allowed, and everything has to happen inside the camera. And unless one is deeply involved with the genre, it is quite difficult to remember the photographers’ names, but their photographs are quite hard to erase from our memories.

Hence the power and the necessity of well-trained photojournalists on the field rather than solely relying on images generated by civilians. It is true, that a bad shot is better than no shot at all, and social media has empowered society to take the responsibility of informing others through these platforms. But that shouldn’t be understood by the press as a synonym of a cheaper solution for publishable visual content.

Last but not least, there is a sweet spot between street photography and photojournalism which is called documentary photography. We will discuss more about this genre soon, but one thing we can anticipate is that this genre produces content that is mainly consumed by other photographers.

Wrapping it Up with Some Pieces of Advice for the Newcomers

Our turbulent and accelerated times have pushed photographers into new directions, photojournalists are now covering more weddings than conflicts, and street photographers are having the opportunity of flirting with other commercial genres too. And this is important for the newcomers to know so they won’t feel conflicted and stressed out about what to do with their cameras.

Also, camera manufacturers are aware of these odd times, and they are making everything in their hands to sell us more and more stuff. Stuff that sure will be awesome to have, but certainly not fundamental for us to do our crafts. One camera with a simple lens configuration will be sufficient for this matter. Both street photography and photojournalism aren’t about extreme sharpness and the creamiest bokeh on the planet. They are both oriented to telling stories, ones are subjective, and others try to be as objective as possible. And for this, you don’t need the latest and greatest.

What you do need is to develop social skills that will enable you to get closer to the people and the social phenomena that you’ll be trying to register with your cameras. Beyond the newest f/0.95 lens, the biggest sensor, and the most advanced camera bodies, what matters in these photographic genres is what and how you capture the stories. Great stories can be told without the finest printed books, and so meaningful photographs can still be iconic and relevant with some noise and a slight lack of sharpness.

The main thing that has to be clear, is that no matter the genre in which we try to develop ourselves, there will be audiences consuming our work. In street photography, the audience revolves mainly around the photographer’s mind, and sometimes images are appreciated by other folks out there. But in photojournalism, the big masses are the ones to be informed. Street photography is all about subjective reactions towards the quotidian and everyday life situations. And Photojournalism is about approaching these and other more socially relevant events, in the most objective possible way.

LIKE WHAT YOU’RE READING? SUPPORT THE CULT WITH A CONTRIBUTION!

The Visual Cult is an against-all-odds effort supported by two photography enthusiasts who believe that there’s much more than pixels and gear. Our content relies on thoughtful research and aims to dig deeper into the meaning of photography in our contemporary world. By sharing our findings and insights, we’ve been able to nurture our readers’ passion for the craft. So far, we’ve been able to support the cult through our resources but this recipe is no longer sustainable for what we want this project to become.

Your contribution, no matter the size, transforms into:

Your Patreon, PayPal or Credit Card support is crucial for our aim to stay away from the pixels and gear. It is secure, and recurring donations can be cancelled at any time.

Thank you so much for your readership and support!