Photography and the Youth Code 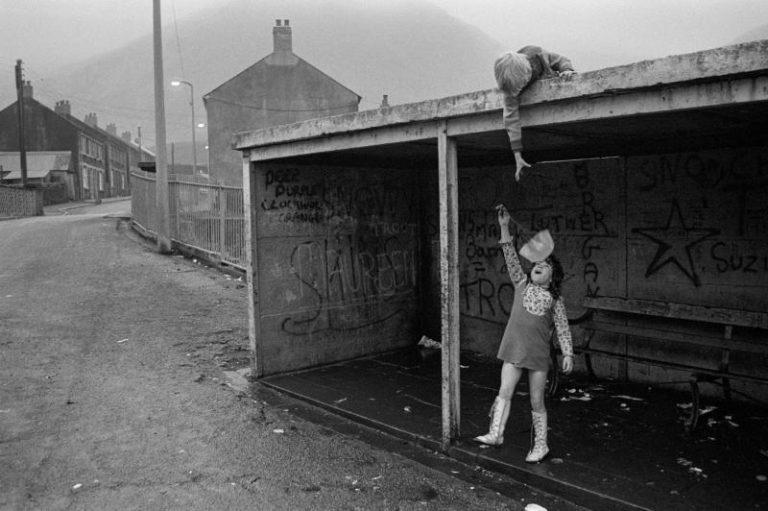 Youth and adolescence are both terms that are often used to refer to a particularly bitter-sweet phase of the life course between childhood and adulthood, yet its age range is still open for debate. Within the social sciences, the term “Youth” refers to a socially constructed phase that isn’t only culturally dependent but also the product of historical intricacies.

Understood as a phase, we can think of a liminal process or transitional stage in which childhood dilutes away and adulthood becomes more evident or clear. Solid rituals in certain cultures enable this process to behave almost like a kill-switch. And of course, this doesn’t happen in a magical or metaphysical sense but as a result of the cultural demands, children began to experience it in their lives. On the contrary, other cultures or civilizations experience this process at a slower pace.

Said that we can properly say that youth is broadly construed as a collective experience that is shaped by foreign forces outside our lives and intentions. Visual artists and documentary photographers have a well-seasoned fascination with these particular social groups and have been the main subject of countless works.

On the So-called “Youth Code”

Within the photographic world, there is a portion of society that has attracted a lot of attention from several people for a long time, the young population. In recent years the photographic academy has associated youth with a genre or category of art that they have decided to name “Youth Code”.

Childhood and adolescence dominate this category, but especially the transformation that occurs between the first and the second. Upon reaching adolescence, the human being exploits and struggles between his image and that imposed by society. Individual and collective conflicts arise, what better subject for a photographer in search of stories to tell?

Within artistic expressions, dichotomous relationships seem to bloom right away; life and death, love and hate, euphoria and depression. But what if we take these maelstrom binomial-ships and decide to study them all together at once or separately? Such aims could deliver more interesting results if we circumscribe them to the volatile nature of the young folks don’t you think?

So, What Does the “Youth Code” Movement Aims to Portray?

As a cultural achievement, photography allows us human beings to materialize (or immortalize if you wish) the visual realm that surrounds us in our everyday lives. Photography’s nature allows us to portray things in ways our eyes and brains simply can’t, light bends with time, and moments become frozen samples of our historic endeavors in life.

If we understand “youth” as that liminal phase in which children are not kids anymore but aren’t adults yet, and “photography” as that discipline that allows us to see in ways we biologically can’t, then it seems logical to study it through photography without a doubt.

The following list includes some photographers we consider as “Youth-coders”, and it doesn’t pretend nor aspire to be a full compendium of all the visual content creators dedicated to developing such themes. It is only a glimpse of this beautifully large photographic terrain. From artistic to documentary, the following photographers have developed youth-oriented concepts that have very little to do with innocence.

Note: If you find this article useful please feel free to support The Cult on Patreon, PayPal, or you can support us on this link.

Your support is very highly appreciated and it helps us to grow and publish content that educates you and our fellow readers around the world.

He has worked in a huge amount of reportages, and is famous for being particularly socially skilled with highly hermetic and hostile communities, and managing to document their reality like any other photographer. From his photographs from Harlem to the circus community of New Jersey, his work is a clear example of how important it is for a photographer to have social skills that allow him to approach people and gain their trust.

Extremely seduced by outcasted cultures, he’s well-known for working on projects focused on the illegal uses of drugs and the extreme violence that blooms around this. His most emblematic body of work is a photo book called “Tulsa” published in 1971. Here, he autobiographically presents the life of teenagers in his native city of Oklahoma.

Since he was in his way a participant in the convulsive dynamics that he portrayed in this study, Tulsa went beyond a mere voyeuristic documentary work. Nowadays, he has developed various photographic projects and even films with very similar themes that are in Tulsa.

She has focused on youth through her photographs, and while living in Russia, she photographed not just the forgotten and abandoned young ones, but also the decadence and degradation of the industrial areas that surrounded them. Both themes are combined in a very accurate metaphor of the current dystopian adolescence in Russia. This shot is a particular favorite image of us, the dark mood and the overall aesthetic simply blow our minds away.

She delights us with a pretty surrealist concept of youth and childhood. Her portraits depict children with a totally inexpressive and absent aura. And with careful compositions plus lighting techniques, she portrays the essence of children when they are absent and still facing things they don’t even start to understand.

Her work has been awarded and has a strong influence from painters like Bronzino and Velázquez. Lux (what an awesome last name she has, it literally means light!) started experimenting with photography in 1999, and her style has remained solid and constant. Children are a metaphor for lost innocence. Like painting, she meticulously works each image in an arduous way and takes up to 3 months in each one of them.

Better known as Boogie, he is a prolific photographer from Serbia and based in New York City since 1998. He appears in the documentary film directed by Cheryl Dunn in 2013 “Everybody Street“, and has published six photo books. He has documented the intimate life of junkies and the gang culture as well. He has earned the respect of many people thanks to his ability to enter a world that few have managed to portray photographically.

She is a quite demanded fine art photographer who has won several meaningful photography awards during her career. Teenage stories are her best-known work. In which, she presents various young teen girls as giant characters that hardly fit comfortably into this world. This illustrates very well the peculiar nature of the adolescent who finds no place in the world and also wants to devour it.

Her work perfectly blends with the aforementioned theory about youth (or teenhood) not being a fixed age range but more of a socially constructed thing. And with the highly accelerated times in which we live nowadays, these phases seem to be starting at even younger ages.

Another photographer that is highly fixated with youth, his photographs show all the energy and passion that the roads arouse as a broad synonym of freedom for the young Americans. And that is a beautiful example of how important it is to open our minds to the possibilities when it comes to a particular topic or theme. He studied how youth encounter this highly American long-rooted tradition in a way that seems highly unique.

He began shaking the art world at his 25th birthday, being one of the youngest artists to have a solo show at the Whitney Museum of American Art. In 2003 he was named photographer of the year by American Photo Magazine.

Also known simply as the “Polaroid Kid” is an American photographer with extensive experience documenting the highly forgotten: tramps in the United States. He has been inactive for some time, but his photographs turn out to be one of the best ways to illustrate the lifestyle that these people have, who risk their lives to move within the States. He is considered to be the Jack Kerouac of photography. His intimate portraits are charged with vibrant colors and a caring presence of movement (due to trains), and they capture reality without any filter more than the aesthetic experience that his images produce.

She has worked on several reportages thanks to her profession as a photojournalist, but certain issues move her more than anything else; youth and adolescence. In her work “American Teen” she shows us the classic and eternal conflict of the misunderstood, nihilistic and out-casted teenagers who momentarily enjoy life through ephemeral moments of combustion. And in “Teen Mom Graduates” she shows us a reality that barely anyone has ever worked on.

So, are you interested in getting closer to this theme? Then here are some key points to consider before building a concept or project around the Youth Code:

By excellence, childhood is almost a synonym of innocence, and Andrea Jeftanovic has already shown us with her literature that this may not be as true as we think. Some of these photographers cling to the idea of childhood, showing us children as treasures to be protected and pampered. And some see adolescence as the culmination of human desire, and others develop the eternal conflict between the adolescent and his family.

The transformation between childhood and adolescence is a fertile territory to be photographed in a documentary or conceptual way. Inspired by the combustion and erratic nature of the very young, these photographers have entered a world that is terrifyingly distant for many. Photography allows their stories to be told from an intimate and close position, which seeks beyond understanding or exposing them, to share with them the energy that moves them.