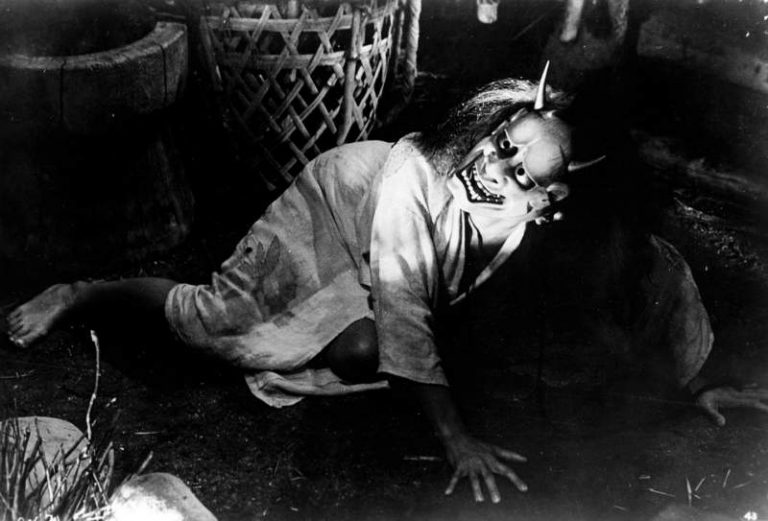 Kaneto Shindo had been a writer and director of several social, political, and sexually conscious films of the 1960s. His social realism is best highlighted in such films as Ningen (1962) and Mother (1963). These films focused on relatable issues of the times and created great drama by delving into the new wave of cinema, more daring to explore the chaotic.

He would remark on how during this time that he found himself fascinated with individuality and human nature. This contemplation led to him making the following statement:

“Political things such as class consciousness or class struggle or other aspects of social existence really come down to the problem of man alone…I have discovered the powerful, very fundamental force in man which sustains his survival and which can be called sexual energy…My idea of sex is nothing but the expression of the vitality of man, his urge for survival.”

It was this perspective of exploring social structures, survival, and sex that the director would conceive of the film Onibaba.

The film takes place during the 14th century when war and despair ran rampant throughout Japan. An old woman (Nobuko Otowa) and her daughter-in-law (Jitsuko Yoshimura) struggle to find food. They make ends meet by pilfering the remains of fallen soldiers, dumping their bodies in a pit, and selling the armor to merchants. They’re begging for scraps though they won’t go so far as prostitution.

The duo gets some news from the front when the cackling Hachi (Kei Satō), a neighbor who was drafted into the war, tells them how pointless the war has been. The older woman is hoping for good news about her drafted son but Hachi brings nothing but bad news. He speaks of how they deserted the war and that her son was killed by farmers while he was trying to steal food.

The older woman warns her daughter-in-law to stay away from men like Hachi. He has only been able to stay alive as long as he has by deceiving, evident by the religious attire he has swiped in his travels. That being said, they still accept his offerings of food and his aid in killing and stripping the remnants of samurai.

The younger woman, still having urges, decides to pursue Hachi. They meet at nightfall in a hut and have sex, forming a bit of a forbidden romance. There’s something very telling about her first secret fling, the way she watches her mother-in-law lie asleep with her breasts laid bare. She’s looking at her future as a widow and doesn’t like it.

The older woman feels the same, becoming aroused when she discovers what her daughter-in-law is doing. She’s not only suspicious of Hachi but even tries to come onto him at one point during questioning. It isn’t long before she’s begging Hachi not to take her daughter-in-law away from her, offering herself up as payment with bitter fury in her scowl and words.

The Mask of Evil

One night, a strange samurai wearing the frightening mask of a demon approaches. The older woman encounters this samurai who asks for directions to Kyoto but she’s distrustful of him. As she reluctantly helps him, they speak of the inhumanity of war and how the mask was meant to protect his beauty.

The older woman, however, doesn’t believe his words and demands he removes the mask. He refuses to do so, stating that peasants don’t deserve to witness beauty. Angered that men like him killed her son, she leads the samurai to the pit and deceives him into falling to his death.

When she finds his body in the pit, she removes the mask to find a disfigured face. There’s laughter at such a lie and bitter catharsis for sending such a soul to his demise. She also figures she can use this mask to her own advantage.

At night, the older woman starts scaring his daughter-in-law, spooking her away from visiting Hachi. With the right lighting and a chilling presence, the young girl flees screaming into the night. It makes the old woman’s warnings about the demons and evil more real.

The old woman believes she has accomplished a victory in convincing the skeptical young woman to not fool around unless she’s married. But she still fails. Hachi and the girl eventually meet up again and continue having sex.

The old woman is punished with the mask by not being able to remove it. When she reveals this fact to her daughter-in-law, there’s no pity. The young woman bitterly states that her mother-in-law messed around and found out the consequences of her deception and talk of sin. Now the tables have turned. The young woman only agrees to remove the mask if her own demands for being sexually involved with Hachi are satisfied.

But the mask won’t come off without extra force. By the time the mask comes off, her face is disfigured by the same curse. The young woman now views the old woman as little more than a demon, fleeing from the evils of an older generation and leading the disfigured deceiver into the same grave as the samurai.

A Rebellious Picture of its Time

Onibaba was released in 1964 and it was during a time when Japanese cinema was going through quite a rebellious phase. This new wave of loud and ambiguous pictures from such directors as Koreyoshi Kurahara and Seijun Suzuki featured deeply flawed characters bound by revenge and vice. These pictures were the most contemporary ones of troublesome gangsters who rampaged around Tokyo stealing cars, starting fights, and getting wasted on acid jazz.

Onibaba has a similar tone considering it starts off with an explosive jazz number. It seems out of place until you consider the era and the hardcore usage of the music genre. It’s used as a signifier to let you know this won’t just be another stuffy historical tale of Japanese history and folklore. This is a story of rebels who were just as dangerous and troublesome as yakuza galavanting around Tokyo.

The contemporary Japanese pictures of morally questioning youth featured characters who felt they had little future. Life seemed too tough to settle down and a life of crime was favored. The same is true for the two women and Hachi of Onibaba. They kill and steal not just to stay alive but to feel alive as well, taking pleasure wherever it may lie.

What makes Onibaba stand a bit more above the competition is that it places more of the blame on the older generations rather than just offering cautionary tales of youth. The film is highly skeptical of the old guard who like to shame youth with ghost stories and condemnations of sin while still being immoral and deceptive themselves. Sexual desire is not treated with caution but rather a human element that can turn dark if denied.

The inspiration behind Onibaba came from the Shin Buddhist parable that translates to either a bride-scaring mask or a mask with flesh attached. The story is pretty much the same as what appears in the film. A mother attempts to scare her daughter from entering a temple with a mask and her deception changes her face when the mask won’t come off.

Shindo’s film brings this parable more into the 1960s, despite the film still taking place in 14th-century Japan. He stated that part of the disfigured faces was meant to present the scars that were brought on by the Atomic bombings of Hiroshima and Nagasaki. This highlighting of the traumas of war presents a relatable version of the parable, as war can damage beyond just death on the battlefield. There are long-lasting wounds that can exist either in the form of radiation or desperation to survive.

Nowadays, Onibaba would most likely be regarded as a social horror film. You can certainly draw parallels to how the horror of such films as Candyman, Get Out, The Babadook and Midsommar are about far more than just scary and weird things that happen to victims. They’re stories about gentrification, racism, and grief. Onibaba fits into similar criteria for highlighting the inhumanity of war through the curse of a demon mask.

The demon mask itself doesn’t show up until over an hour into the picture. By this point, the two women have already killed some men, stolen from them, dumped their bodies, and even killed a dog for food. The presence of the mask is merely the ultimate form of cruelty, a punishment for the punisher which reveals a hideous front that may create a hideous self.

Style-wise, the film certainly has a great depiction of horror. Watching a young woman run terrified through the darkness and thunder as a demon pursues her feels like the early stagings of the slasher genre. We get a lot of screaming from Jitsuko Yoshimura, making her quite the scream queen for this picture as everything from nightmares to chases in the night inspire shrieks.

Onibaba became quite the hit at award ceremonies and festivals, winning the Grand Prix at the Panama Film Festival. It would additionally win awards for Best Supporting Actress (Jitsuko Yoshimura) and Best Cinematography (Kiyomi Kuroda) at the Blue Ribbon Awards. For being so renowned, it would receive a quality home release through the Criterion Collection with a Blu-ray release just last year.

Shindo would continue to dabble in many of the same elements of Onibaba in his following films. He delved into historical drama with Akuto (1965), sexuality with Lost Sex (1966), and period horror with Kuroneko (1968). While all of these films are amazing in their own humanistic ways, Onibaba remains iconic and relevant for blending all of these aspects into a poignant mixture of drama and horror.