There’s a fascination with horror that audiences have for not feeling safe. We become so engrossed in a narrative that we fear for what might be behind the next dark corner or lurking in the shadows. Feeling the same terror as the characters make us gravitate toward pictures of the paranormal and supernatural, where our mortal conceptions of existence are challenged.

The immersion has been maintained in the genre thanks to some creative filmmaking. 1999’s The Blair Witch Project marked a turning point of horror by going the documentary route. What if the scariness of something beyond our world was framed more like a real event covered in documentary format? It would seem more real and more terrifying. 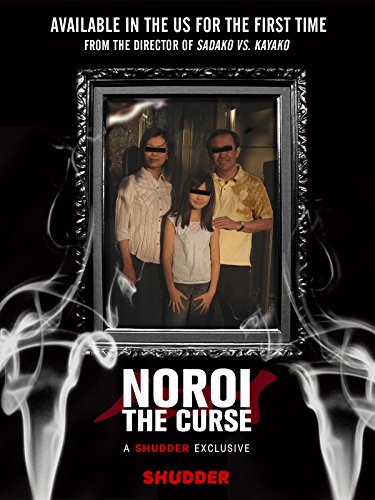 Noroi: The Curse
Buy on Amazon

Kōji Shiraishi’s Noroi: The Curse takes the fairly fresh format of found-footage horror and weaves it in a remarkable direction. It poses the format closer to that of a pseudo-documentary, portraying an investigation into the paranormal going horribly awry and all the more mysterious.

The film follows Masafumi Kobayashi, a paranormal investigator, author, and documentarian. His latest project is a documentary called The Curse, which investigates the supernatural disturbances of a neighborhood. Babies can be heard crying and dead pigeons start cropping up. Those who live in the neighborhood either flee or die mysteriously.

As the number of missing people in the area increases, Kobayashi’s cameraman Miyajima films everything. The investigation gets creepier as more people turn up missing and the leads of people with psychic abilities lead to even more questions than answers. Crime, murder, and suicide all play a part in unearthing a strange force of darkness creeping under the service of Japan.

Making the film all the more convincing in its staging is the use of actress Marika Matsumoto playing a fictionalized version of herself. She enters the picture as having been cursed with an ability to knit in her sleep after having filmed at a shrine. Soon, she plays a crucial role in the investigation as she starts hearing voices and later becomes possessed.

You can certainly see some familiarity with The Blair Witch Project in how the film is shot. The low-quality camera darting through the woods as the investigators flee from terror is one of the more obvious relations. In this film, however, the terror feels more vibrant when the filmmakers encounter dead dogs and frightening noises. The camera’s light reveals and it almost makes you wish it wouldn’t for what is discovered.

Shiraishi’s film is incredibly playful with the found-footage format in how it toys format. At one point, during a terrifying confrontation, the video starts corrupting as the pixels fall out of the footage. These glitches would usually mesh over previously recorded footage. In Noroi, there are haunting shots of blurred faces in blue staring blankly in between the footage of screaming and fumbling with the camera.

The glitching camera is also used to great effect in a scene where a victim sets themself on fire. The glitches take on a different sort of terror as the shot holds on a possessed woman dousing herself in gasoline and lighting herself on fire as the screams and flames intensify. You’re hoping that the film does cut out and wipe away the evidence of the shocking ordeal. There’s a desire present to preserve and learn from evil, even if it seems beyond our own control.

Of course, the pseudo-documentary format relating to horror wasn’t all that groundbreaking when Noroi first debuted. Notable examples would be the gritty commitment of Cannibal Holocaust and the in-your-face murder of Man Bites Dog. There are, however, some unique aspects that were new to the genre in how the format is filmed.

The film is a real trailblazer for its technical aspects that are manipulated in a way to feel both believable and supernatural. Corrupted footage was common for some camcorders and it became a relatable aggravation of technology. Turning that familiar flaw into an aspect of horror would bring out a mind-bending realism to the spookiness.

While this type of error in the footage might date the film, that actually makes the film hold up all the more over time. So many found-footage horror films now rely on these types of altered and low-quality footage to great effects. Films like V/H/S/94 and The Possession of Michael King have embraced these video effects which date the pictures but create an old-fashioned sense of terror.

There’s an intriguing nature for a $2 million film like this being filmed with such vivid realism. One can’t help but think of the compelling true-crime documentaries that invite the audience to piece together the mystery. The prospect of such footage feeling forbidden or cursed only heightens the allure.

There’s a fine craftsmanship to the folklore that strings this narrative together. Little details about the history of deaths, the legends behind the disappearance, and the strange entities encountered all add to the film’s own unique spookiness. Elements of the past reveal themselves in the form of dead babies brought forth by a practice of illegal abortions. Rituals play a crucial role in the frights as well.

The film unearths so much history and detail yet never feels like it’s coming off as overly expository. This because much of the film’s mystery and horror hits the ground running, often chucking the audience into the deep end early. The abrupt frights are so powerfully effective that it’s honestly astonishing how well this film holds together throughout as a progressively creepy experience.

The results bring about a new sensation of scary stories brought on by more modern media. Finding an unmarked tape at a thrift can feel like an exciting discovery. The tape could hold old home movies or a long-lost broadcast. Or maybe something that was never meant to be seen again.

In many ways, Shiraishi’s film feels like a heightened version of what J-horror had been perfecting with tapping into new fears. While The Ring was a horror movie about people finding and watching a cursed tape, Noroi: The Curse makes the viewer feel like they’re the one watching the tape. Becoming engrossed in the footage almost makes one feel the urge to rush for the stop button on the remote, as though they’re about to be visited by an evil spirit for having gazed upon such a sight.

There’s even aspects of Ju-On present as well in the form of croaking throats and spooky apparitions. The many intersecting stories as the case grows more in-depth also has that similar feel of a dark force that can linger for generations. The movie is staged in such a way where it almost feel like it could be one of the chapters in a Ju-On anthology.

Ahead of its Time

Noroi: The Curse didn’t share the same international popularity as many Japanese horror films of the 2000s. It didn’t fit into the same league as Ringu or Ju-on which took a more traditional route to portray the paranormal, albeit through refreshing stagings of cursed tech and non-linear storytelling. For whatever reason, the film wasn’t favored among North American audiences and it would go unnoticed during the time of J-horror’s rise.

Thankfully, enough time has passed that avid horror fans are seeking out more international films. It was only recently that the film started streaming on the horror channel Shudder, hitting Canada in 2017 and the United States in 2020. When English audiences finally got a chance to see the film, it was lavished with new praise for this unearthed gem of a horror picture.

Joshua Meyer of /Film equated the film to feel “like seeing a whole season of The X-Files condensed down into two unsettling hours.” Meagan Navarro of Bloody Disgusting took note of the film’s remarkable storytelling and how though the film may be polarizing that “Noroi’s place in horror remains fascinating.” Niina Doherty of HorrorNews.net went so far as to claim the film to be “the best found footage film of the decade.”

It’s worth noting that the allure of Noroi now could be due to the increased love that has come with found-footage horror. After the success of the micro-budget Paranormal Activity, more found-footage horror has risen over the last decade and made the sub-genre soar in popularity. 2020 was the perfect time for this Japanese horror to get its North American debut and find a new audience.

Consider the platform that the film now occupies as a Shudder exclusive. The streaming platform is host to many found-footage horror highlights like One Cut of the Dead and the V/H/S horror anthology series which continues to gain a crowd. Audiences are thirsty for these types of films that play with our perceptions of the frightening through video formats. Noroi: The Curse can still satisfy that urge even for having sat on Japan’s shelf for so long.