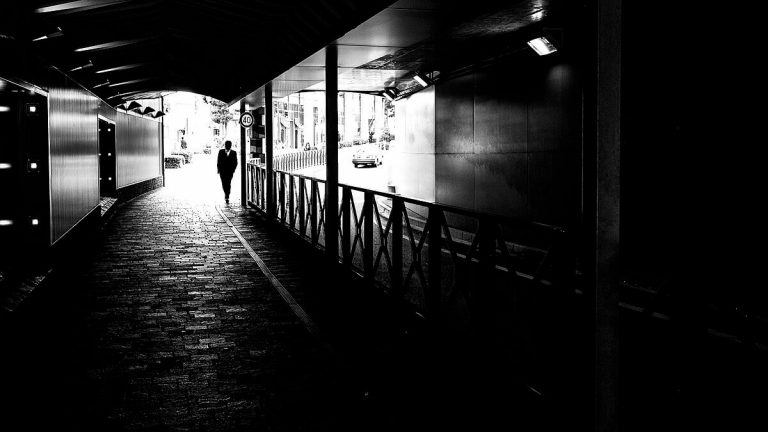 Photo by: Giuseppe Milo
Visual Cult Magazine is reader-supported. When you buy through links on our site, we may earn an affiliate commission. Click here to learn more.

Whether you are recently or deeply involved with street photography, there is a high chance that you’ve already heard about Henri Cartier-Bresson at least once. But when it comes to street photography past masters, there are a lot of characters that deserve a look beyond our old friend HCB.

Just to clarify the murky waters here, we are huge fans of the French master; but we strongly believe that it is time for him to rest for a while. And the most efficient way we know for achieving this, is by sharing other great street photographers we admire with you!

Some might argue that she is more a documentary and portrait maker rather than a street photographer. A categorization which is clearly open to debate if you wish. But one must agree that her natural approach towards social phenomena and public figures has a lot to teach to anyone willing to build a strong street photography aesthetic.

Franck was a British-Belgian photographer that became involved with the art world since her teenage years, and became a Magnum photographer in 1980. An agency that many street photographers consider to still be the most renowned and influential photography institution in the world.

She had the skill of bringing people’s true-self out when she was around, allowing the audience to understand what she saw in an almost unpolluted way. Her most iconic work photograph is part of a series called “the French on Vacation” where she registered the quotidian in an extraordinary and aesthetic way.

As many photographers, William Gedney got most of his recognition after passing away. He was an American documentary and street photographer with a high knowledge in graphic design. And his photographs are strong evidence of that.

He made several social oriented works in his native United States and India during the late sixties and seventies. His photographs have a clean aesthetic and careful selection of compositional elements that allow them to tell a story in a very concise way.

Personally speaking, I found that humor in street photography is one of the most challenging things to achieve. And Levitt did it with exquisite mastery, and in both formats (monochrome and colour) alike. If you are into these particularities of street photography, then you’ll go crazy about her work.

She was an American photographer claimed to be the “most celebrated and least known photographer of her time“. Most of her work has been done at her home city Manhattan, a fact that teaches us a very important lesson. Despite the grass being greener on the other side of the fence, one should always look for the deep imagery potential of the stuff happening close to home.

Beyond everyday street imagery, she was focused on documenting the children’s street culture of the time. She began getting closer to the phenomena after getting intrigued in a particular visual expression of these groups, chalk drawings. After that, she expanded her photographic vision into a more complex registry of the urban life.

After slowly looking at her work, one can’t doubt that she was always carrying a camera by her side.

And speaking of colour, Meyerowitz has been described as a true magician of using it in street photography. He is one of the many photographers that go inspired after Robert Frank’s tradition left by the seminal book, The Americans (1958).

After fully switching from black and white to colour in 1972, he became one of the key figures in this particular movement of photographers in the United States.

His work offers a fresh look into the everyday, and never ceases to amuse the viewing eye. He is quite active on social media, and is one of the few renowned masters of photography which seems to be quite enthusiastic about our highly accelerated times.

As Levitt, Lepkoff is a clear example of how you don’t have to go far away in order to capture meaningful street photographs. She was highly fascinated with the everyday surrounding her life, and never got tired of it. She had two main subjects while photographing the streets, the American working-lifestyle and leisure. In 1947 she joined the already gone Photo League (created in 1936 in New York).

The PL members were highly committed with an ideology that allowed photography to “illuminate and register the communities in which they lived”. Unfortunately, due to their proximity with the proletarian and working classes, they were flagged as communists during the McCarthy era in 1951. Occurrence that severely impacted the organization, which finally became undone.

As said with Levitt, humour is indeed one of the hardest things to achieve in any creative format or discipline. There is a very thin line between being comic and making fun of others, and Erwitt has been a master of humour in photography, even in war contexts. He is largely known for his candid humorous shots, depicting ironic and absurd situations of daily life.

He joined Magnum Photos in 1953, and has been a member since then. He also worked as a freelance photographer for several magazines. One of his most widely known themes spins around dogs. And this gives us an important illustration of how street photography can scope beyond human beings.

It is hard to tell something new about him, but this last insight of seeing the street with a broad look feels quite fascinating to me. Pursuing the humour on the streets could be a high maxim for anyone willing to overcome a creative block, or desiring to get into the next level with photography.

Watching his work is truly an inebriating experience.

I still remember the sorrow I got after reading that her death in 2015. She was an extraordinary social photographer, and a true inspiration since my early days as a photographer. Her work was professionally tagged as photojournalism and documentary, but as Martine’s photographs, we can learn a lot of her approach in order to get more meaningful street photographs too.

Her photos were very efficient due to her clean compositions with strong messages. A juxtaposition that I find extremely hard to achieve. If you are interested in getting single shots with strong narratives, her work is the best school you could get.

Mary Ellen Mark was a strong defender of getting the shot straight in camera, and hated the idea of cropping her shots in the dark room. I envy that talent, and I wish that I could rely less in cropping like she did. She also believed by heart that every photograph needed to be emotionally involved with the photographer. If not, the resulting photographs won’t be good; in the holistic sense of the word.

He is considered to be one of the most (if not the one) important Italian photographers in history, and his work is what anyone could describe as visual poetry. After watching some interviews of him, it is easy to conclude that he is both humble and passionate about his craft.

One of the great things about Berengo Gardin is that he has never hidden the self-taught nature of his work. Something that clearly inspires a lot of newcomers in photography, and tells us more about the importance of always being curious about the things that surround our lives.

He continues shooting with black and white film, action that has a tangible impact in the brief nature of his documentaries. But that also teaches us a lesson on shooting less and seeing more. A fantastic thing about his work is that one can easily pick any of the photographs within any essay, and the story will still have the power to be told without the other accompanying photographs.

Vivian Maier became a sort of street photography rock-star after John Maloof stumbled into her work and made it public. A very questionable and open to debate action of course. Many people that knew her state that she would hate to notice that her work became public, especially in such a broad way.

Beyond the thing on ethics, we now have access to a very intriguing and inspiring figure in the scene of street photography. She was not a professional photographer or whatsoever, but a nanny and child-caretaker. Maier loved taking photographs, and used a Rolleiflex camera for this task. She has been described as a very reserved woman that was always taking photographs, which hardly ever shared them with anyone.

Therefore, we can continue to pursue other life dreams and still fill the gaps of our lives with photography. And that’s the biggest lesson one can give us today in our highly accelerated times in which everything seems to be scrutinized under the eyes of economic utilitarianism.

Just 4 years ago, we said goodbye to one of the most influential photographers of the XX century. Fan Ho was a Chinese photographer and film-maker from which we still have a lot to learn about. He knew photography at the age of 13 thanks to a gift his father made to him, and after that he never stopped taking photographs.

When talking about analogue photography, not all photographers were behind the complete process from start to finish like nowadays. Fan Ho was passionate for the whole thing from loading the film to making the prints, which he started doing in his bathtub.

During his career, he was constantly recognized to be one of the best photographers in the world, and not only in Asia. His keen eye for mixing light with lines and shapes is one of the reasons why his compositions are so pleasing to watch.

His cultural background made his style unique, lyrical, dramatic and poetic. Many street photography enthusiasts find him to be a great source of inspiration for continuing to push their visual passion even further. Many of his amazing street photos can still be seen on his official website.

She was an extremely talented and well respected street photographer with a true gift for telling visual stories with her shots. With a consistent approach towards individuals, her work offers aesthetic guidance for anyone interested in developing composition skills with the extra ingredient of subject isolation.

In an intimate letter titled “The Joy of Photography” available on her website, she tells how photography changed her life forever at the very early age of seven. The overwhelming experience happened at the consumption level, pointing out the importance of watching meaningful photographs everyday.

Photojournalism was her thing, and she became a self-taught photographer and majored in sociology at college. A great combination to have if you ask me, especially for anyone interested in documenting the extraordinary happenings seamlessly embedded in the ordinary life.

Considered as the young promise from Magnum that died too soon. He was the very first outsider photographer to join
the original Magnum crew, and died at the age of 38 in Peru after a car accident.

Thanks to his early involvement with various magazines and Magnum Photos, he got to travel a lot. Enabling him to always be easy to get surprised by the things surrounding him without losing his vision towards capturing beauty in a particular way.

Making lists is always a tricky task. Obviously we’ve left a lot of great photographers behind while making it. The main reasons are time, space and of course, ignorance. If you have other street photographers that you admire, and that we’ve skipped mentioning, please share them with us below.

Like what you are reading? Take a second to support us!

Your support, whether it’s contributing just US$1, is essential in our operating costs.

So thank you, dear reader, because we couldn’t do it without you!