Beyond the Rule of Thirds in Photography 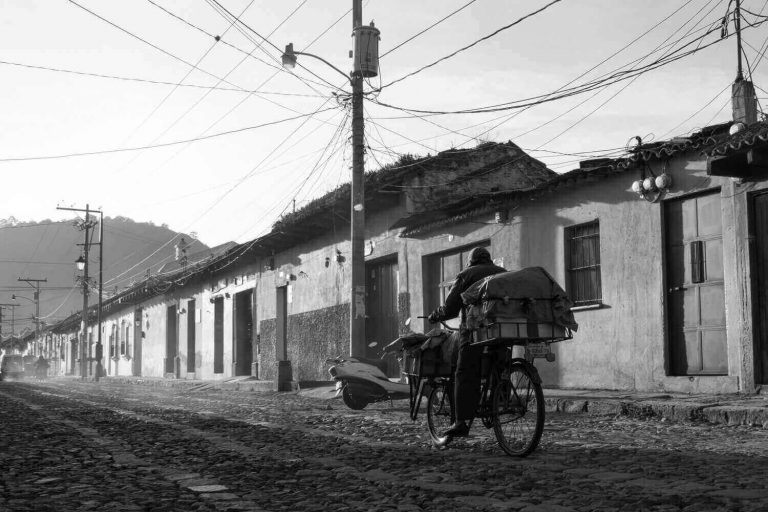 It takes no-time for photography newcomers to stumble with the term “composition”. And almost immediately, it almost translates itself into an equivalent of “the Rule of Thirds”. But composition is way more than that, and today that’s what we want to share with you!

Of course, the Rule of Thirds is a very important composition tool since it allows us to structure our framing decisions into a pleasing scheme. Therefore it is worth not just mentioning it but also summarizing it a bit.

The rule of thirds works around a simple yet ingenious principle, off-centered subjects or objects are more interested than centered ones. Of course, this has a standard “pleasing” way of doing it. That’s why it has to be done with some clarity rather than with the “random mode on” style.

The frame gets equally divided by two horizontal and two vertical lines, just like a perfectly drawn tic-tac-toe board. This can be done mentally, or with the aid of the electronic viewfinder. Then, you simply need to compose in order that the most important visual element in your frame gets close to one of the four intersecting points created by the lines.

Since it offers a structure, the rule of thirds is a nice starting point in good looking photographs. But now you’ll learn more about the compositional elements that you can place within that visual array, as well as some coherent way of presenting them to your audiences.

“Composition element” is just a fancy way of saying “the things that you can include in a frame”, but you need to consider that not all of these get along with each other. Some are so powerful that can be presented almost alone, and they will do the job. And some others, benefit from having some others by their side. Let’s start with the simplest elements of them all, the line.

Alright, dots are simpler than lines, but unless you are an extremely talented minimalist artist, you won’t be drawn to just shooting dots alone. Especially on the streets!

When using lines you can blend and mix them as you want, as well with other visual elements of course. Lines by themselves are not that interesting, but they offer a nice visual guide when reading it. Try to use lines as that, as the pinpoints the viewers eyes need to follow in order to read a photograph in a pleasing way.

There is a distinction between these two, one refers to its physical and recognizable features and the other to its volume. I’m really not sure which is which though, but it doesn’t really matter. The important thing for you to know is that objects should be understood as the composition elements that you place in your frame in order to tell a story.

When it comes to street photography, this “placing” desire is quite limited and almost Utopian to even think about it. But we can always make some cheating by crafting our frame, simply by choosing an interesting place or background, and being patient for something meaningful to happen.

Juxtaposing forms is a clever way of playing with them in a composition, but remember to always have a rhetoric in mind. For some further inspiration, you can watch Chema Madoz’s work, which is of course no street photographer or whatsoever, but it can give you some nice and clever inspirations with his rhetoric creations.

Other nice ways of using these are shadows, cropping, textures, and even abstractions. Scale is a fantastic tool to use when considering forms and shapes in your photographs. This is achieved by combining elements that tell the reader about each subject’s size.

This is a borrowed concept from the design field, in which the visual weight of a given element gets balanced out by a huge negative space. Therefore, in a clean and neutral background, a single element can dramatically draw the viewer’s attention.

This is useful for isolating subjects on the streets, and it enhances the storytelling effect along with it. And whatever you do, never underestimate the power of a good looking background, even when being neutral, it is always an essential part of the frame.

Last but not least, there is colour as a compositional element in photography. And one of the easiest ways to understand how colour delivers a pleasing visual experience is by some further study of colour theory. This is not the place to discuss that since is a huge topic, but we can do tell you some useful things:

There’s a huge difference between having all the needed ingredients for an aesthetic photograph, and actually knowing how to use them. And is here where the rule of thirds shows us it’s true power by constantly hushing to our ears how to use the visual elements in front of our cameras.

The essential composition technique is cropping, and I’m not talking about the cropping you are used to doing in any image software. I’m referring to the act of properly framing, by “cropping” out the reality, and deciding what portion of it stays, and which one is left out.

As you might expect it, this has a huge relation with the lens that we are using. Therefore, getting used to a particular lens is crucial for agile photography skill development. Oh, and by the way, the best thing you can do for achieving that is by using just one lens for a long period of time (like a year or so).

You can think of simplification as an elegant way of saying cropping; but, there’s a clear goal that distinguishes them both. Simplification aims to reduce the visual elements until you are left with the minimum necessary objects to tell a story in an efficient way.

This is very tricky, and quite hard to fulfill on the streets, but with practice, patience, and some nice walking shoes, it can be decently achieved. Controlled photography (the one happening with creative direction and constant lighting conditions) is a fertile field in which to practice simplification as well.

One can think of simplification as the necessary technique used to achieve a minimalist composition.

This could be done with purpose, or not. Rhythm will be highly dependent on the viewers’ eyes and minds, and each person will feel its cadence in a different way. However, it can be understood as the “rhythmic” feeling you get when navigating the frame with your eyes.

Rhythms can be simple and complex, and they won’t be distinguished by two minds in the same way. It is almost like gaze-hopping from one spot to the other one, with a particular speed and beat.

The rule of odds is a simple statement that says human minds are drawn to grouping elements into pairs. Therefore, when having a group of 4 apples, our mind will immediately break it into 2 groups of 2 apples each.

The rule of odds benefits from this fact, and allow us to show union when framing groups built by 3 or 5 elements. When this happens, our mind doesn’t bother into crumbling it down into pieces, it simply understands it as a single group, and that’s it.

So, it results quite pleasingly to compose with more than one object. But when doing it, we must remember that it is more pleasing to work with groups of odds (while considering simplification as well).

This peculiar rule or guide refers to a subject that is juxtaposed with a negative space. The negative space has to be in front of the subject’s logical orientation, or “face-side” if you wish. The opposite way of doing this could result in subjects cramped into the image’s edge.

It could work for some creative concepts, especially those dealing with the topic of anxiety and claustrophobia. In composition, any “rule” can be broken of course, but it has to be justified, and it also has to be a “consistent flaw” among the other images from a particular body of work.

Sub framing is simply taking an object or subject in your image and framing it with lines within the composition, thus having a picture in a picture. Windows and doors are great for doing this, but this shot from Elliott Erwitt illustrates the power of sub-framing better than anything else you could imagine.

And as many other things in photography’s composition, it also gets visually aided by the mighty rule of thirds. Therefore, the sub-frame becomes a compositional element that needs to be placed in a pleasing way inside the photograph as well.

The basic formula that you have to remember when composing a photograph is the following. There are some visual elements (dots, lines, shapes, forms, colour, etc.) and they need to be arranged in a way that compels and communicates something to the viewing audience. This is achieved by using composition techniques that allow us to arrange those elements in a coherent way. “Rules” can be broken, but as in Jazz, improves only sound good when the players have a clear understanding of the rhythm architecture of the piece in which they bloom.

Composition isn’t something that one can master from reading tutorials and consuming aesthetic photos. It is a long-term process that requires slow cooking approaches, and our whole lives to fine tune it in accordance with our style.

This shouldn’t discourage you at all. If photography was something that could be mastered in an almost-absolute way in a brief period of time, I wouldn’t be interested in it any more. I’ve been walking this road just for ten years, and I hope photography keeps by my side to the last one of my days.

Composition is even more important than exposure because it empowers us to communicate in a way that any written or spoken language can. And as any language, it has its ways of “speaking” it correctly and in a useful way.