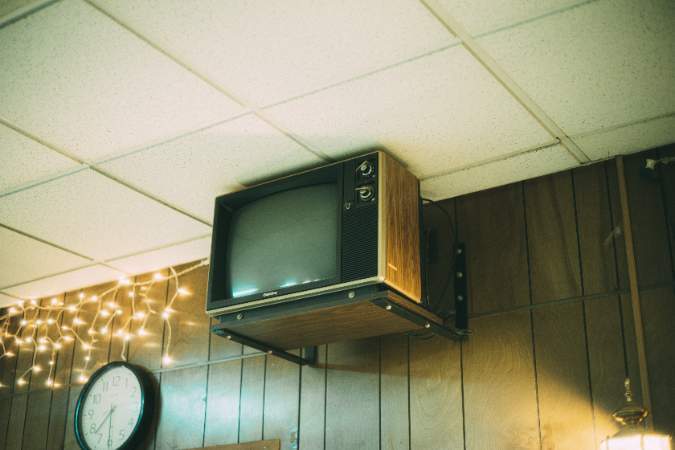 Photo by: Bruno Guerrero on Unsplash

Photography is not just about shooting every day or discovering new ways of telling stories in a visual format. Photography is also about being passionate about something; but unfortunately, that feeling simply gets stuck sometimes. Creative block and dry phases are some of the names we usually call this ugly situation. We all have been there, and we all have dealt with it in several ways, and one of the most useful and healthy solutions for this is to get some inspiration that helps us get back on track.

Usually, inspiration comes from seeing the work of other photographers via their profiles, websites, photo books, and even exhibitions. But that’s just looking at the results. What about the stories behind the shots? What about the process? What about the triumphs and discomforts? All of that can be found in documentary films centred on individuals and topics alike, and that’s what I’ve decided to share with you today! Seven documentary films that will get your passion flowing in this upcoming year 2023.

For more details on the released films and how to watch them, see below.

If you are into graphic design or just arts in general, then is pretty likely that you’ve heard about this series already. “Abstract: The Art of Design” is a documentary series, with 2 seasons, which dives into the creative process of some influential figures in the field. If you like the idea of watching a whole series on such a broad topic, then you might do some cherry-picking and watch just those that interest you the most.

For those into portraiture, the episode on Platon Antoniou might be just perfect for you. He is very well-known for his bold images of public figures and compelling visual stories on humanitarian issues as well. In this episode (S01E07), he shares his approach towards image making; and by sharing I mean the use of lighting and composition as key ingredients of the storytelling nature of his work. Beyond Platon, “Abstract” features several episodes on visual-related fields such as graphic and product design, and some other topics which may be of interest to photographers alike.

Oh, and Netflix has released it across their YouTube channel.

Beyond the important images, one could expect from photojournalists, “Dying to Tell” focus on the stories of people risking their lives while covering conflicts, wars, and other important events around the world. This documentary film explores the psychological challenges and physical dangers faced by several professionals dedicating their lives to bringing stories to the spotlight.

The film profiles various photojournalists like Gervasio Sánchez, Manu Brabo, Maysun, Ricardo Garcia Vilanova, and Santiago Lyon. And it also highlights the bravery and dedication needed to work in this field and digs into the impact their work has had on the world. Despite the many voices in this film, all these professionals share the dangerous conditions of bringing attention to important issues on social and political change.

Here, you can watch the film.

We’ve talked about this enigmatic figure in Street Photography before. And despite the controversies behind her existence and the frenetic curation of her work, Vivian Maier is still an inspiring photographer to study and talk about. This documentary film explores the life and work of a street photographer who remained unknown during her lifetime but whose photographs are now widely acclaimed.

A professor I admire once compared her story to a fairy tale, and that’s a beautiful way of wrapping up her story as a whole. Maier was born in NYC in 1926 and spent most of her working life as a nanny in Chicago. And just like anyone else, she had hobbies of course; although, photography had a special place in her life. Photography isn’t jealous, and it copes perfectly with other lifestyles, she spent much of her free time taking photos of people and places she stumbled on the streets around the houses she worked for.

This film tells the story of how her photographs were discovered and brought to the public by John Maloof. It features several interviews with those who knew her and delivers some interesting insights into her mysterious personality and the motivations behind her work. Last but not least, I would confidently say that is a must-see for anyone interested in street photography.

If you are into getting close to the story, then Harry Benson is a photographer worth revising. He is widely known for his photos of notable public figures like celebs and politicians. As a photojournalist, his work has been published across several magazines like Time, Life, and Vanity Fair. His images have visually spoken about some of the most significant events and people of the 20th century, including Robert F. Kennedy’s assassination, and the civil rights movement. Surprisingly for him, the candid shots he took of a rising rock band from Liverpool visiting the United States for the first time are considered his most iconic images; the band, The Beatles. Before meeting them, covering a music band wasn’t appealing to him; but his ability to capture powerful and emotional moments gave us some great pictures of the beloved quartet.

Beyond his most iconic images, Harry Benson has developed various photobooks and has been the center of several exhibitions and some documentaries. Nowadays, he still works as a photographer, and his images are widely revered for their historical importance and visual significance while communicating the human experience. “Harry Benson: Shoot First” offers a behind-the-scenes look at his life and work, and gives some detailed insight into his approach to photography and his ability to capture powerful images in a candid way. The film features interviews with Benson and some of the celebrities and other people he has photographed during his career.

Here, you can watch the film.

Hondros is one of those names that sticks forever, and this documentary film dives deeper into the life behind that particular last name. Chris Hondros was a photojournalist known for covering war and conflicts around the world. Before becoming a photographer, he studied English literature at North Caroline State University. He was born in New York in 1970, he began his formidable career in a newspaper and later moved into the realm of freelancing photography. He traveled the world and brought us the needed visual data for developing a critical glimpse of the most significant sociopolitical events of contemporary human history.

Some of the conflict zones he covered in the 1990s include Kosovo, Angola, Siera Leone, Afghanistan, Kashmir, the West Bank, Iraq, and Liberia. In 2011, he was fatally wounded in a mortar attack while covering the Libyan civil war; photojournalist Tim Hetherington died in the same attack. His work has been featured in several publications, including The New York Times, The Washington Post, and Time. He also received various awards for his photographs and was a finalist twice for a Pulitzer Prize in Breaking News.

The film explores his career, the impact of his work, and the personal challenges he faced while working under some of the most dangerous and volatile parts of the world. It is filled with interviews with Hondros’s colleagues, family, and friends; and it all began as a Kickstarter campaign by Greg Campbell, the director behind the visual project.

This is a wonderful documentary film featuring the acclaimed photographer Michael O’Neill and his approach to understanding the underlying philosophy and spirituality of Yoga. He spent ten years photographing Yoga’s greatest masters across India, Tibet, and New York; and the film witnesses his serene encounters with them. The result of all this hard work is a humanist portrait of the Gurus and their immense character and eloquent explanations of the Art of Yoga.

Here you’ll find interviews with some of the world’s leading yoga practitioners and scholars while sharing some insights into the many different approaches and styles to yoga. It dives into how yoga can be used as a means of promoting peace and harmony in the world. The film also shares some unique testimonies from a diverse array of practitioners who use yoga as a tool of personal transformation and for addressing sociopolitical issues as well.

In a nutshell, is a thought-provoking and inspiring film offering a deeper take on the practice of yoga and its potential to promote peace and well-being in the world. It is suitable for both photographers and yoga-interested folks; you can watch the film here.

Admit it, we all wanted (or still want) to become rock stars at some point in our lives. So for honoring this major desire many of us have or are still sharing, this film must be seen! “Shot!”, unveils the passionate working lifestyle of British photographer Mick Rock. He’s known for his iconic photos of huge rock stars and has had a long and successful career as a music photographer as well.

And by huge I mean some of the most influential music figures of the 1970s. The film features interviews with the man himself and some of the notable figures he has photographed throughout his career. It also offers a vibrant glimpse into his archive and photographs. This guy captured Bowie, Queen, Blondie, Lou Reed, Iggy Pop, and Lady Gaga in their most iconic poses.

There’s not much to say here but wish you a happy new year. Keep yourselves curious and inspired, and never let your demons push you down.