Muay Thai is among the most popular sports worldwide. Thousands of individuals worldwide study the martial arts discipline, which emerged in Thailand. As a sport and self-defense practice, it emphasizes rapid, explosive maneuvers and techniques that provide intense combat.

Muay Thai is a lot of fun to do, both in terms of getting in shape and competing, but it’s also a great event sport to watch, whether at one of Bangkok’s most renowned arenas or on a movie night at home.

There are many pretty exciting Muay Thai movies for you to watch. Some are legends; some are more recent. They have one thing in common: they’ve had their share of action-packed and brilliantly choreographed combat scenes.

If you are in rush here are the top 3 of the best Muay Thai movies that made it into my list. 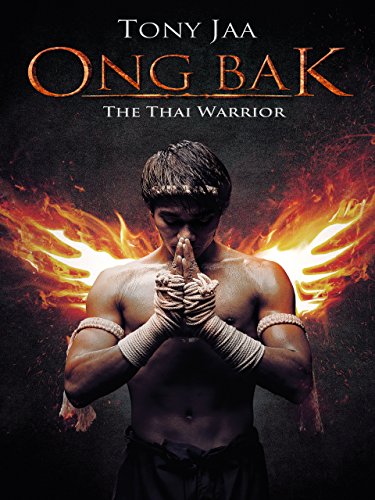 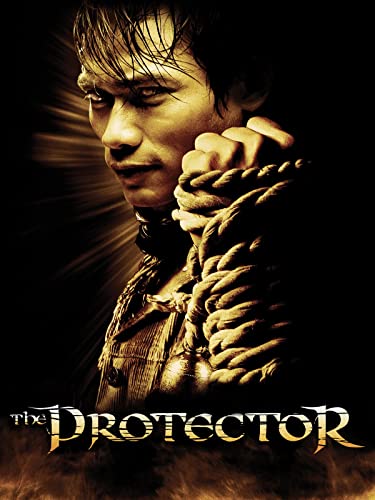 Protector, The
Buy on Amazon 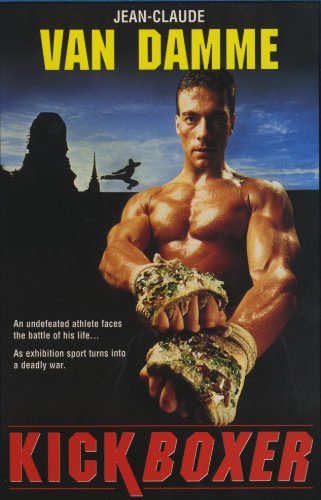 Ong-Bak: Muay Thai Warrior, also called Ong-Bak: The Thai Warrior in the U.S., is a Thai martial arts movie from 2003 directed by Prachya Pinkaew and starring Tony Jaa. Panna Rittikrai did the stunt choreography, and Prachya Pinkaew wrote the movie.

Ong-Bak was Jaa’s breakthrough picture, with the actor acclaimed globally as the next great martial arts star. Jaa then starred in Tom-Yum-Goong (also known as The Protector in the United States and Warrior King in the United Kingdom) and directed and acted in two prequels to Ong-Bak: Ong-Bak 2 and Ong-Bak 3.

Ting (Jaa), a Muay Thai genius, lives in a tiny town preparing for the festival, where they worship their personal Buddha, the eponymous Ong Bak. Someone snatches the Buddha’s face from its neck, and Ting pledges to return it at any cost to prevent fighting, as it is perilous. We witness a quick clip of Ting training in Muay Thai by himself, which is quite enticing.

After inadvertently entering the ring at a fight club, Tony Jaa demonstrates with a single strike that we are in for an incredible monster of a martial arts film. From this point on, the entire film is about shoehorning in ridiculous scenarios to display Jaa’s outrageous skills, and it’s stunning. Jaa has the kindest, most humble face and the most unacceptably (in a good way) ferocious yet artistic fighting that will make you gasp and perhaps do some push-ups. 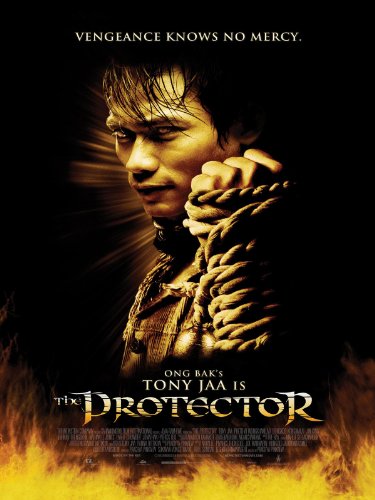 The Protector
Buy on Amazon

The film was released under the titles Warrior King in the United Kingdom, The Protector in the United States, Thai Dragon in Spain, Revenge of the Warrior in Germany, and Honor of the Dragon in Russia and the Commonwealth of Independent States.

The narrative of Tom-Yum-Goong follows a young warrior whose life is flipped upside down when a criminal organization steals and smuggles two of his family’s beloved elephants to Sydney. The narrative follows him as he journeys to Australia to get revenge on those accountable, meeting odd friends along the way.

The action set pieces are more developed than the duo’s last attempt. Still, their existence isn’t in sync with the plot needs, as most of the fight sequences exist to display Tony Jaa’s martial arts abilities rather than being drawn there by the developing events. It’s undeniably stunning, but it could’ve been blended more naturally and less forced.

Still, there is plenty to enjoy in the picture, as the combat and acrobatics use no stuntmen, as they did last time, and most sequences are free of CGI. One continuous take tracks Jaa as he battles his way to the top level after level, and it is nothing short of spectacular. Also, the number of limbs Jaa breaks in the conclusion is exhilarating to witness, and despite the length of the action, it never becomes tedious.

Kickboxer, directed by David Worth and featuring Jean-Claude van Damme, is a 1989 American martial arts film. Dennis Alexio, who used to be the world kickboxing champion, is also shown. This quite remarkable film managed to produce several sequels.

This film also demonstrated that Van Damme wasn’t a one-hit wonder and that he had something that set him against the other martial arts action heroes at the time.

Kickboxer revolves around two brothers. One is an American kickboxing title holder, while the other is his “water boy,” so to speak. Kurt, the champion’s younger brother, vows vengeance when the champ is crippled in a match with the vicious and nasty Thai champion Tong Po. Kurt decides to learn Muay Thai from a master. He becomes a master in what looks like two weeks, crushing some sucker in the local ring and calling out Tong Po.

Jean-Claude Van Damme’s performance in Kickboxer is one of his greatest. It’s not an acting workshop, but its manly and wacky character is unique. It hasn’t aged great, but it is still great fun to see and is superior to most films like it. 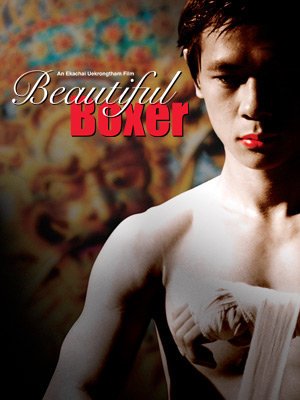 The Thai biopic Beautiful Boxer was produced, directed, and co-written by Ekachai Uekrongtham in 2003. The book chronicles the life of Parinya Charoenphol, a legendary kathoey, Muay Thai fighter, actress, and model. In this production, male kickboxer Asanee Suwan played the role of Charoenphol.

Beautiful Boxer, based on the real-life of Thai kickboxing champion Parinaya Charoemphol, depicts the tale of a young man who leads two separate lives: one as a trans-woman who wants to one day have a sex change procedure. Nong Toom’s parents, who met and married in Chang Mai, support themselves by selling lychees from a backyard orchard.

The film, told in flashback, is based on the true tale of Parinya Charoenphol, better known by his ring name “Nong Toom,” who struggled tirelessly as a champion Muay Thai fighter to achieve his longtime desire for transformation and acceptance.

While it does indulge in some clichés, “Beautiful Boxer” deftly mixes the underdog sports drama with a modern transgender tale twist. This fantastic story of an extraordinary lady features intense and exciting battle sequences intercut with the connections she forges along the road, which provide some emotive touch and heart-warming sequences.

Asanee Suwan’s award-winning portrayal of Nong Toom serves as the movie’s fiery emotional heart. Suwan masterfully embodies Nong Toom’s yin-yang polarity by showing how the character can be both tender and fierce. 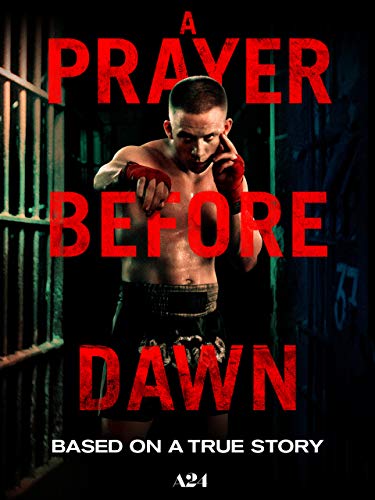 A Prayer Before Dawn
Buy on Amazon

The 2017 biographical prison film A Prayer Before Dawn is directed by Jean-Stéphane Sauvaire and stars Joe Cole from a script by Jonathan Hirschbein and Nick Saltrese. The story is adapted from Billy Moore’s book, A Prayer Before Dawn: My Nightmare in Thailand’s Prisons. The film premiered to the globe on May 19 at the 2017 Cannes Film Festival.

Jean-Stéphane Sauvaire’s “A Prayer Before Dawn” is a bare-knuckled fist of a film, making for a demanding and bewildering viewing and listening experience. Billy Moore (Joe Cole) is a youthful English boxer, and drug abuser whose fighting future in Thailand is unexpectedly stopped when he is jailed on drug possession charges; this deep dive into a maximum-security penitentiary follows his experience in prison as both a real narrative and a bold experiment.

A Prayer Before Dawn, delivered with an unsteady camera and very few subtitles, doesn’t follow the formula of the boxing film or the prison drama. Billy experiences the unimaginable horrors of a country where cruelty reigns and the dead lie next to the living, and brutality is its grammar and suffering in its context. To escape the constant uproar, he bribes his way onto the prison’s Muay Thai boxing team and into its slightly calmer bunkhouse, where even the most brutal fights feel like brief interludes from a wider struggle.

“A Prayer Before Dawn” is a survival narrative stripped down to the bare essentials, an embodiment of an immersive environment. It’s possible that not everyone would appreciate Sauvaire’s method, but there’s no denying that his expertise and boldness are inspiring.

Click here to stream A Prayer Before Dawn on Amazon.

These are a staggering variety of jaw-dropping, adrenaline-pumping, and begging-for-more Muay Thai movies. While these are some of the best Muay Thai movies available, there are many more that are also well worth your time.